James Corden Sings Prince’s ‘Nothing Compares 2 U,’ & You Won’t Believe How Amazing His Voice Sounds! 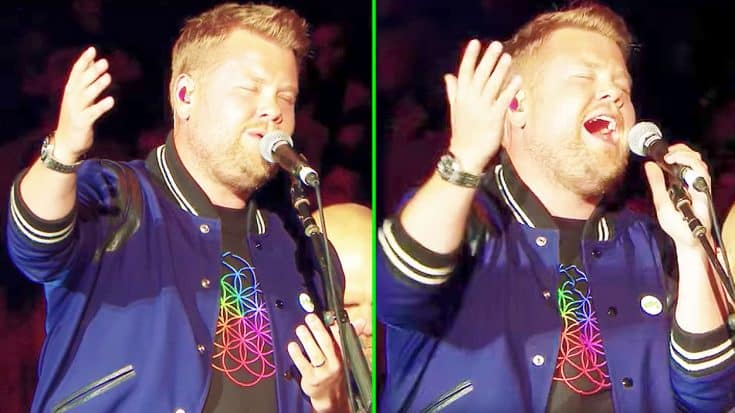 I couldn’t believe my ears!

James Corden is mainly known for hosting hit hit talk show The Late Late Show with James Corden. But before that, James actually spent some time in theater, performing in the Broadway production of One Man, Two Guvnors and won a Tony Award! Since then, James has focused his career on his talk show, but incorporates some singing into it! One big example for this is his famous segment: Carpool Karaoke.

Last year, Corden joined Coldplay on stage at the Rose Bowl in Los Angeles, and turned in a phenomenal tribute to Prince with a flawless cover of “Nothing Compares 2 U!” The cover is emotional, and Corden puts so much soul into it that you can really feel that he’s pouring his heart out! Coldplay back him with acoustic instruments, and don’t drown him out at all. They allow him to take the spotlight, and Chris Martin and company just give him support! Any fan of Prince will definitely appreciate this, and we’re sure he’d be proud if he saw it!