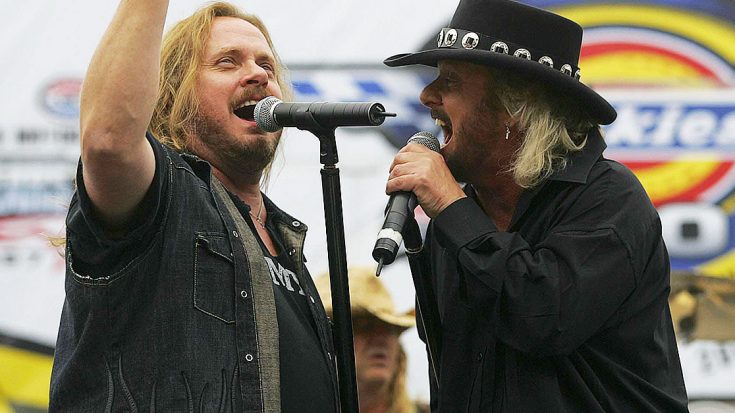 In early 2006, Van Zant brothers Johnny and Donnie hit the road together as Van Zant, bringing their foot stompingly awesome brand of country rock around North America on the duo’s only tour and while there’s sadly no video footage of Johnny and Donnie dazzling every audience in their path, former Lynyrd Skynyrd and 38 Special bassist Larry Junstrom thankfully thought to record audio from the tour. This summer saw that concert audio from Van Zant’s January 2006 show in Valdosta, Georgia finally immortalized in the form of Van Zant’s live album Red White And Blue: Live and y’all, if you haven’t checked it out yet you are absolutely missing out!

“The plan was always to enjoy ourselves and have fun, and this recording captures a moment when we had a great night.” – Donnie Van Zant

In addition to songs written by Johnny and Donnie Van Zant like “Help Somebody,” the show featured a nod towards Johnny’s own band Lynyrd Skynyrd as the guys rolled out “Call Me The Breeze,” originally written by JJ Cale and later covered by Lynyrd Skynyrd for their 1974 album Second Helping and bringing the already excited crowd to its feet as they clapped and stomped along. A high octane performance complete with vocal licks traded by the Van Zant brothers and guitar solos highlighted by twinkling piano riffs, Van Zant’s take on “Call Me The Breeze” is like a shot to the system and we simply cannot get enough!