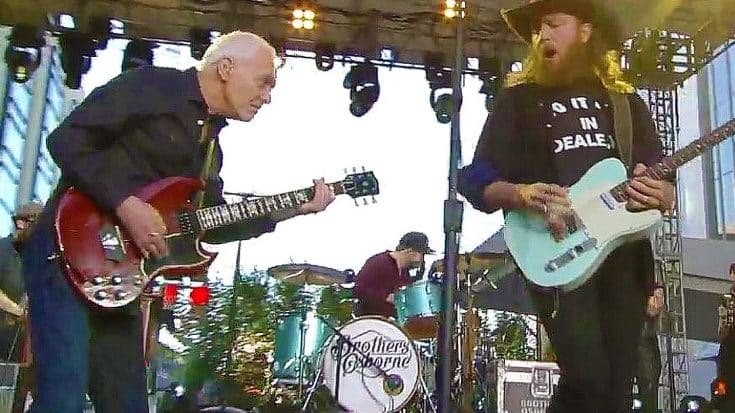 Allman’s wasn’t the only indelible mark left on country music’s biggest night, however, as Grammy Award winning rock legend Peter Frampton made a highly anticipated appearance alongside country duo Brothers Osborne in one of the most buzzed about performances of the night, serving up a boot stomping good time for the audience and viewers at home as they embarked on a musical adventure that’s sure to keep us all talking for days – if not weeks – to come.

Seamlessly blending together elements of rock and country for their high octane performance, Frampton and Brothers Osborne brought the crowd to its feet and their hands together with their spirited take on the duo’s smash hit “It Ain’t My Fault,” complete with an absolutely epic guitar duel between Frampton and guitarist John Osborne that proved to be the perfect way to celebrate the gorgeous chemical reaction that happens when the worlds of rock and country music collide.

Check out one of rock’s coolest moments in the video below but be warned – you just might find yourself aching for an album collaboration between these music titans!