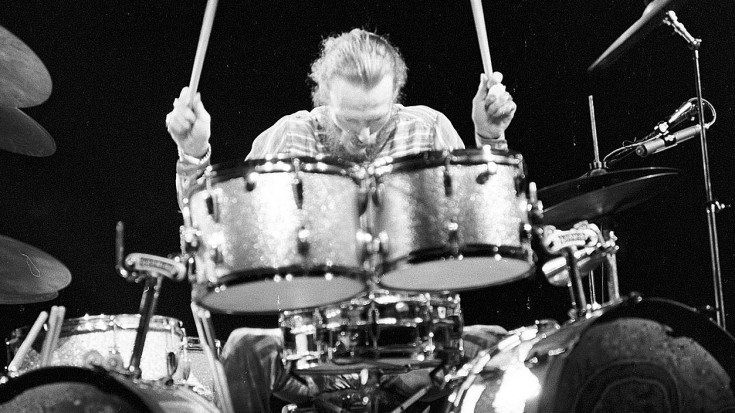 It’s impossible to talk about rock drummers without mentioning Cream’s Ginger Baker; one of the most influential drummers in music, Ginger is known for seamlessly blending elements of rock, jazz – even African rhythms into his work.

There isn’t a drummer alive that doesn’t owe their career to him at least in part, and when Cream disbanded in 1968 it left our favorite red-headed drummer free to share his talents with anyone wise enough to seek him out. Before the band took its final bow, however, Cream’s Eric Clapton and Jack Bruce stepped aside for a moment during ‘Toad’ to let Ginger shine – and shine he did!

Ginger was always a master showman when he got behind his kit, his energy rivaled only by that of the late John Bonham of Led Zeppelin and even The Who’s Keith Moon; but on his final night with Cream, Ginger was in rare form – head down and dripping sweat onto his kit, it’s almost unbelievable that one person could make a drum set sound as phenomenal as his did that night. Though this was by no means the end of Ginger’s career, it was a great way to close the Cream chapter of his life!