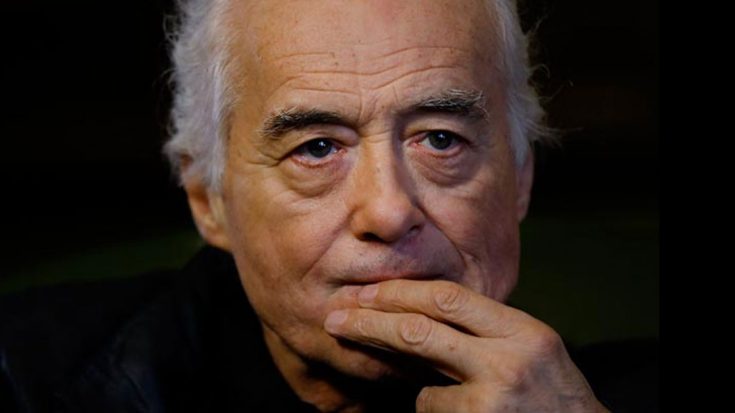 It’s been a weird year but for Led Zeppelin’s Jimmy Page, it’s even weirder as allegations sprang forth today that Jimmy is actually spying on his neighbor, former Take That boy band member Robbie Williams in the midst of a bitter feud between the two and prompting Williams to suggest that the 72 year old rock legend is “mentally ill”.

Williams purchased his West London home in 2013 and announced plans for an extensive renovation that included changes to every floor, removing a pool and gym, replacing the roof of a glass studio and rebuilding a garage. Page, who resides at the nearby Tower House, filed a complaint stating that Williams’ planned renovations could cause vibrations that would damage his home; the Royal Borough of Kensington and Chelsea planning committee voted in Williams’ favor in 2015, but now the 42-year-old singer says that Jimmy has actually been spying on him and the contractors hired to work on his £17 million home.

“Jimmy has been sitting in his car outside our house, for hours at a time,” Williams says,  according to Sky News. “He’s recording the workmen to see if they’re making too much noise.

And also, two weeks ago, the builders came in and he was asleep in his garden, waiting. Honestly, it’s like a mental illness concentrating.”

Wow. We get wanting to protect your investments, especially if they’re high in historical value, but spying to make sure that the noise levels won’t damage your home? Here’s hoping that Robbie wraps up his renovations quickly so that life can return to normal – or as normal as life gets when you live on the same block as a rock and roll legend!