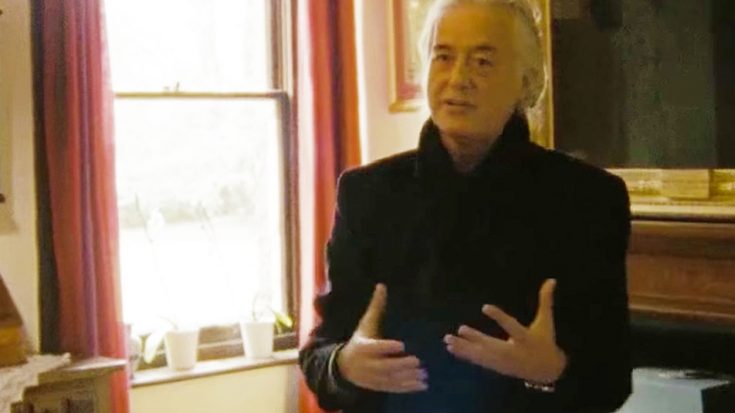 The beat is so iconic

When it comes to recording music, it’s almost like catching lightning in a bottle. Bands will try anything possible to get that perfect take, but sometimes it’s not necessarily the musicians themselves. Sometimes the environment of where they are recording will have an immense impact on the sound they can produce.

From 1970-1971, Led Zeppelin were recording their fourth masterpiece of an album. Led Zeppelin IV is easily one of the band’s most recognizable works, and has had a lasting impact on the music world. Some of their biggest hits are on this record, but one of the songs has arguably one of the most iconic drum beats in the history of rock n’ roll. “When The Levee Breaks” is drummer John Bonham’s pride and joy.

In the film It Might Get Loud, Jimmy Page revisits the site where this historic track was first recorded. The track was recorded at a poorhouse called Headley Grange. The unique high ceilings in the house caused the drums to echo, and the design of the room allowed for specific acoustics for Bonham to achieve the sound he gets. The band rigged microphones all over the room to grab the sound and create the unique and historic beat.

If you’re a fan of Zeppelin, you have to check this out! It’s incredibly interesting to hear the science behind the sound, and it pretty much was lightening in a bottle to capture this incredible beat!

Check out the clip down below, and enjoy!