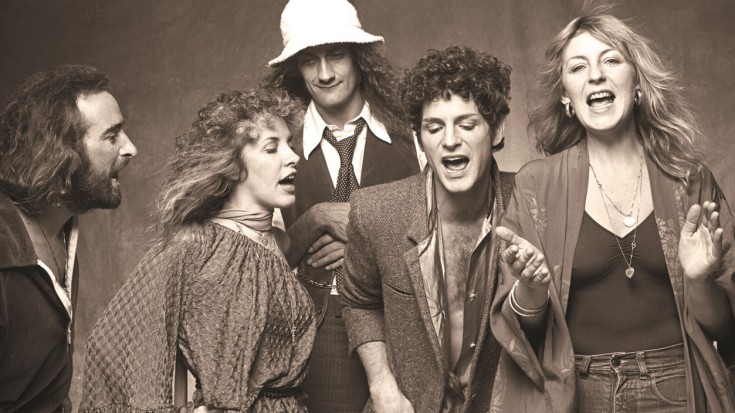 Despite rising tensions among the members of Fleetwood Mac, the stars aligned when they came together for 1976’s smash hit “Go Your Own Way”. The first single from Fleetwood Mac’s multi-platinum release Rumours, “Go Your Own Way” was penned by Buckingham during a band vacation in Florida as a scathing response to his acrimonious split with ex-lover Stevie Nicks and with rich vocals and a driving guitar part, featured his talents as both a guitarist and vocalist.

Fun Fact: Jeff Porcaro of the band Toto and Boz Scaggs complimented Fleetwood’s drumming on “Go Your Own Way”.

Needless to say, even songs like “Go Your Own Way” had to begin somewhere; recently, the first take of the song surfaced and while remarkably similar to the final version heard on Rumours, there are a few key differences. It’s about a half beat slower than the album version, the second verse to the song hasn’t been completely fleshed out yet and so Lindsey just repeats “Loving you/Isn’t the right thing to do,” and the solo hasn’t been fully realized either – most importantly, there’s a lyric that never actually made it into the final cut of “Go Your Own Way”!

“You can go your own way/You can roll like thunder”

Because it’s Fleetwood Mac, it’s literally impossible for the band to have written a song that sounded bad even in demo form, and the “Go Your Own Way” demo is no different. However, there’s nothing like the real thing, as they say – we can’t imagine our favorite song without textured verses, killer harmonies, and the guitar solo that solidified Lindsey’s place in music as an incredibly skilled guitarist.

Check it out in the audio below and let us know what you think!