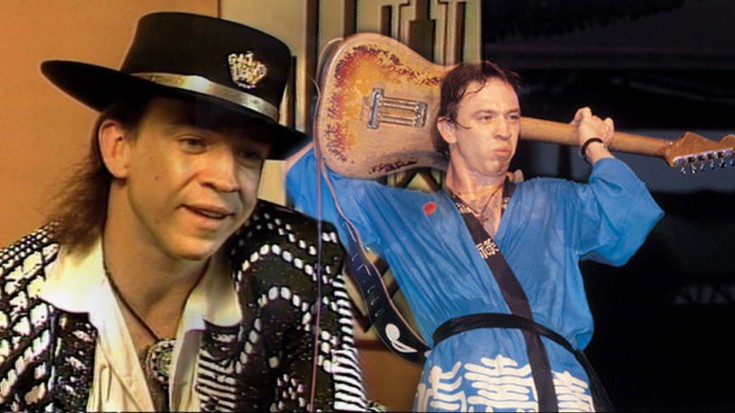 “I just like to do the best music that I can.”

“The music is the music. You know…we gotta take the color out of the blues, you know? I like to do the best music that I can and that’s where my heart lies – blues, rhythm and blues, rock and roll.”

Stevie Ray Vaughan was possibly the most humble musician to ever grace a stage.

In this lost interview, we get to spend some time with SRV and hear about everything from his career to his struggles with substance abuse– his newfound sobriety, and the various people who have influenced him.

Where his guitar playing was intense and brash, SRV was humble and soft spoken. Almost as if he was shy and in disbelief of all the attention and praise he was getting from his fans and peers.

Enjoy these moments with Stevie, we sure did!