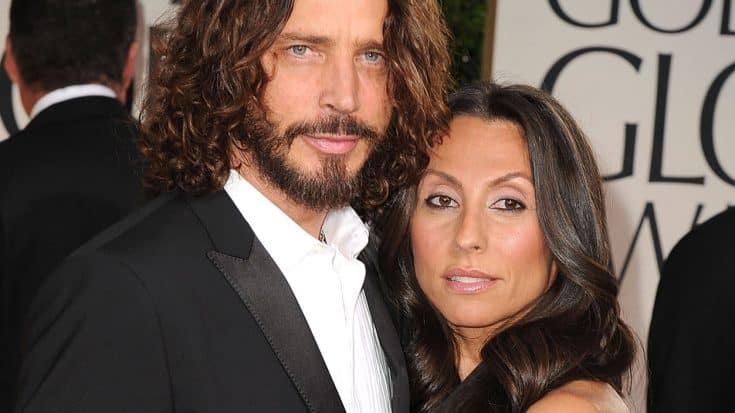 May 18th marks a year since late legend Chris Cornell took his own life, leaving behind his devoted wife Vicky and three great children. He also left behind a lifetime of rumors – rumors Vicky Cornell is determined to shut down, come hell or high water.

In her first ever interview since her husband’s passing, Vicky Cornell sat down with Good Morning America’s Robin Roberts earlier this week, revealing that at the time of Chris’ death the 52-year-old Soundgarden singer was once again in the throes of a decades long addiction. The culprit? Benzodiazepine, the powerful painkiller prescribed to Chris for a shoulder injury that kept him awake at night; during a period of of one week, Vicky revealed that “he took 20-something pills.” In 9 days, 33.

“The brain of someone who has a substance use disorder is different from that of … someone who doesn’t. He relapsed,” she told Good Morning America, stressing that addiction isn’t the choice many believe it to be.

“You think addiction is a choice, and it’s not. I think that if there was less stigma around it, more people would speak up.”

Sadly, the first picture that comes to mind when people think of Chris Cornell and addiction is the total opposite of the one painted by those who loved him the most. He’s not here to defend himself, but that’s where Vicky comes in. His first and last line of defense for the past 13 years, Vicky tearfully shut down the vicious rumor that Chris was just ‘a rock star junkie,’ saying, “My husband was the furthest thing from a rock star junkie. He just wasn’t. He was the best husband, the greatest father. I lost my soulmate and the love of my life.”

It’s not easy to have to fight the world while you’re fighting overwhelming waves of grief, but Vicky Cornell is proving to be every bit the “angel and lioness” Chris swore she was in his Mother’s Day tweet to her in the days before his death. Keep fighting the good fight.