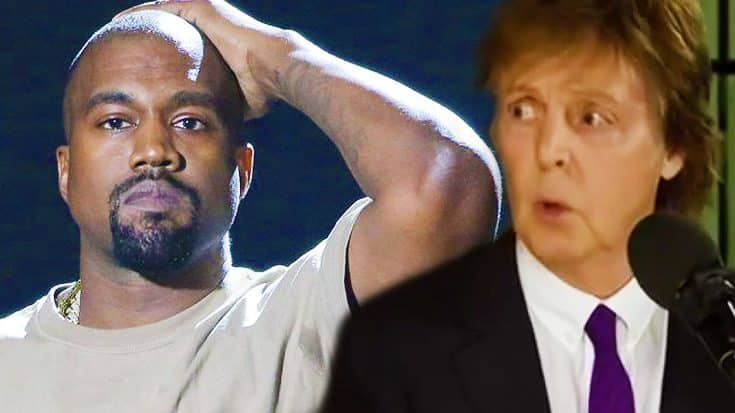 It wasn’t an ideal collaboration, but it worked….

Back in 2015, something happened that no one thought would ever happen in the history of music. The most unlikely of collaborations took place when Paul McCartney and Kanye West hit the studio together to record a pair of songs. The two songs would go on to be “All Day” and “Four Five Seconds,” and both went on to gain massive radio success.

In this exclusive interview, Paul McCartney reveals what it was actually like to work with Kanye in the studio, and the process they took to craft the song. Paul explains that he would go into the studio with Kanye, and give him a few riffs on the guitar, as well as a few vocal samples. Paul would leave and a few weeks later, Kanye would send him a completed song.

At times, Paul couldn’t even tell where he was in the song. It took him a while to realize Kanye sped up his guitar riff on “Four Five Seconds,” and heard that he twisted and distorted his samples on the song “All Day.”

It’s an interesting interview, and would actually help any classic rock fan appreciate these songs to a certain extent. Check out the interview down below!