If You Thought This Allman Brothers Band Photo Was Good, Just Wait Til You Hear The Story Behind It 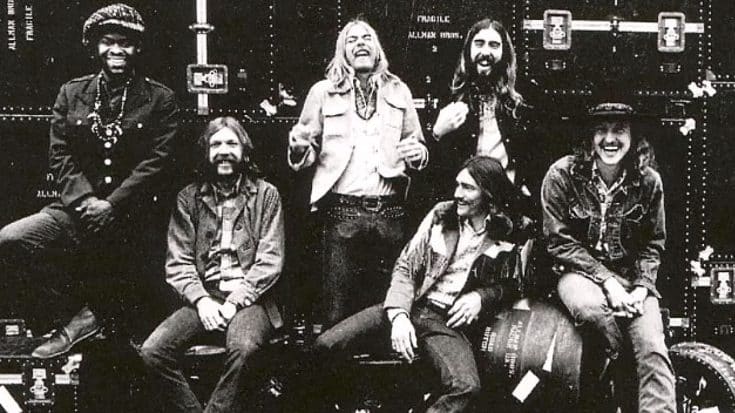 Ever Wondered What Was So Funny?

The Allman Brothers Band’s groundbreaking live album At Fillmore East bears a cover as unforgettable as the music it houses, a now iconic shot of band members Gregg and Duane Allman, Jaimoe, Dickey Betts, Butch Trucks and Dickey Betts in the throes of laughter, clearly amused at something that happened either just before or as the picture was taken.

Wildly funny, the now iconic photo snapped by legendary photographer Jim Marshall was the subject of debate as fans wondered just what the hell was so damned funny at that very moment until finally in 2014, Dickey Betts revealed the secret: an impromptu drug buy courtesy of Duane Allman.

In chapter 8 of Alan Pauls 2014 book One Way Out: The Inside History of the Allman Brothers Band, Betts talks of a cold, early morning in Macon, Georgia, a cranky Allman Brothers Band and an equally – if not more so – cranky Jim Marshall running the show. The moment that was forever immortalized as the cover of At Fillmore East was born just seconds later when a dealer that Duane knew came walking towards the photo shoot, sending the guitarist running as Marshall had his back turned momentarily and his bandmates into giggles when they realized what was happening.

“This dude Duane knew came walking down the sidewalk and Duane jumped up and ran over and scored from this guy, then came back and sat down and we were all laughing, and that’s the photo captured on the cover.

If you look at Duane’s hand, you can see him hiding something there. He had copped and sat down with a mischievous grin on his face.”

Back before the photographer turned around again, Duane slid into his spot as if he’d never left – which, unsurprisingly, managed to be even funnier to his bandmates than when he ran off. As Gregg Allman would later tell it in his 2012 memoir My Cross to Bear, Jim Marshall was equal parts annoyed and confused as to what left the Allman Brothers Band hysterically laughing as he tried to take their photo, but despite his annoyance and the band’s irreverence managed to snap one hell of a gorgeous photo that captured the boys in the midst of the energy that made them such a tightly knit band of brothers.