If You Haven’t Heard Their Knockout Cover Of Queen’s “Bohemian Rhapsody,” You’re Missing Out 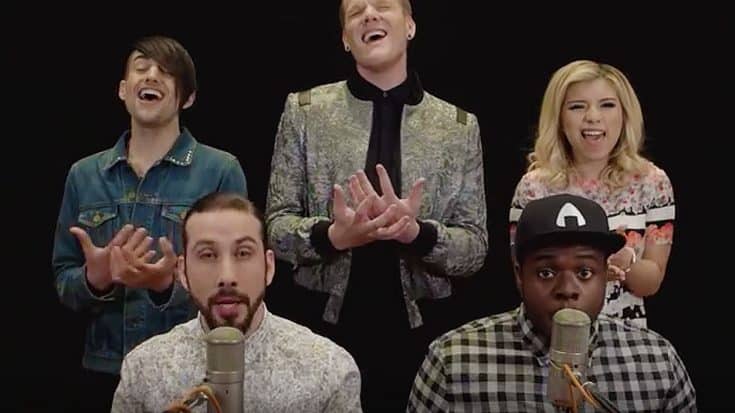 Texas based vocal group Pentatonix are no strangers to a good challenge every now and again; in fact, they welcome it! Whether it’s transposing rock classics to fit five distinct voices or in the case of the cover you’re about to hear, turning five voices into the biggest musical masterpiece of the 20th century, there’s one thing you can count on: Pentatonix will crush it every single time. Just days ahead of the release of their upcoming album Classics, Vol. IV Pentatonix are serving up a knockout take on Queen’s 1975 epic “Bohemian Rhapsody” that proves to be as beautifully executed as it is fiercely ambitious, and we can’t get enough of it!

“He [Freddie Mercury] played the piano like most people play the drums. And this song he had was full of gaps where he explained that something operatic would happen here and so on. He’d worked out the harmonies in his head.” – Brian May on the “Bohemian Rhapsody” recording

With zero instrumentation to be found – that’s right, everything you’re hearing is one of the group’s five members’ voices – this quintet manages to bring Freddie Mercury’s brilliant vision to life using only what they came into this world with, and the result is a vocal performance that puts most modern vocal acts to shame. After giving it a few spins, I don’t know what I love more: the heavy beatboxing of Kevin Olusola that perfectly mimics Roger Taylor’s drumming or Mitch Grassi’s ‘guitar solo’ at 2:35! Give it a watch in the video below and as always, let us know what you think. Enjoy!