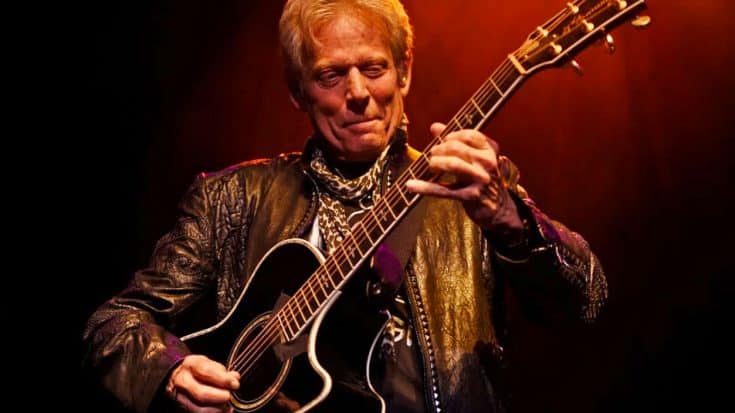 Written in 1973 and featured on the Eagles’ critically acclaimed sophomore album Desperado, “Tequila Sunrise” took center stage this week as former Eagle Don Felder made a special appearance at Sammy Hagar’s annual Acoustic 4 A Cure benefit concert at San Francisco’s Fillmore Auditorium Monday night, bringing with him an acoustic guitar and an overwhelming spirit of generosity as fans and friends alike turned out in droves to raise funds for the Pediatric Cancer Program at UCSF Benioff Children’s Hospital.

Fun Fact: A cover version was recorded by country music singer Alan Jackson on the 1993 tribute album Common Thread: The Songs of the Eagles.

Armed with a slick black acoustic guitar and extra special guests Mick Fleetwood of Fleetwood Mac and guitar visionary Steve Vai, Felder’s easy, breezy acoustic interpretation of this 1973 Eagles classic got the crowd on its feet and cheering with delight as Felder traded licks with Vai in between smoky verses of the story about a long night spent taking a few shots too many of liquid courage, the crowning moment coming when Felder treated the crowd to a fun little flamenco inspired guitar break. Magic abounds when the Eagles’ music is the star of the show, and this performance is no exception. Enjoy!