If This Is Eric Clapton’s Final Album, Then His Take On “I’ll Be Seeing You” Is The Perfect Farewell 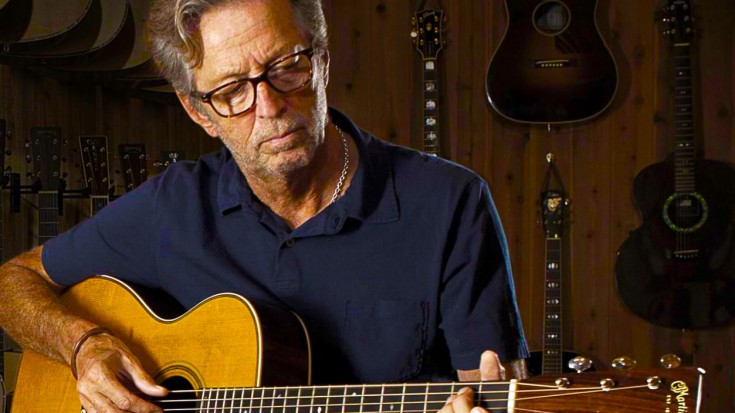 “Just in case I don’t cut another record, this is how I feel.”

It’s been a good, long while since an artist released an album that we could listen to from end to end at least twice and find something new to fall in love with, and Eric Clapton just filled that void with the release of his 23rd studio album I Still Do. A stunning blend of blues, JJ Cale inspired rock and a little soul, I Still Do revisits some of our favorite parts of Clapton’s career – but it’s the album’s final track that hints at a possible goodbye from Slowhand, who recently celebrated his 71st birthday.

“I’ll Be Seeing You,” the jazz standard written by Sammy Fain and Irving Kahal serves as a quiet close to I Still Do and with its emotionally charged message of “farewell friend, I’ll carry you in my heart until we meet again someday” is enough to make fans believe that it’s a nod towards possible retirement for Clapton who admits that he might ‘kind of be saying goodbye’.

“It’s one of those things that’s been haunting me,” said Clapton. “I love the song and I love the sentiment. Just in case I don’t cut another record, this is how I feel. I kind of might be saying goodbye. But I’ve been doing that for a while.”

Though a little sad, in a year where Clapton’s said goodbye to countless friends, colleagues and sources of inspiration, it’s not surprising. If I Still Do is, in fact, the last album we’ll ever get from Clapton, then his take on “I’ll Be Seeing You” is the perfect farewell to fans and a lifetime of living his dream.