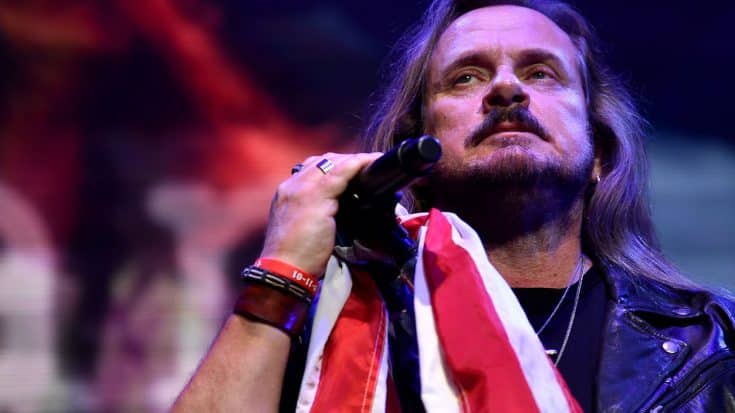 In a world seemingly gone mad and good old fashioned American values going by the wayside, Southern rock legends Lynyrd Skynyrd are the last vestiges of an era gone by.

With songs like “Sweet Home Alabama” and “Free Bird” that have become symbols for everything we hold dear, these Jacksonville natives have always known how to celebrate the country and the people that built them in a way that will bring a tear to the eye and a chill down the spine of even the most stoic of people!

We had the pleasure of meeting Marion Ellsworth who served in the Pacific and Atlantic theater during World War 2 Levi and Angela Darnell. Thanks to everyone who serves our country!!! Y'all are true Rock Stars!! #RedWhite&Blue

2003’s “Red White & Blue” is the perfect example of this; featured on Vicious Cycle, it’s a soaring celebration of the things and people we take for granted, reminding us that freedom isn’t free and that at the end of the day, Lynyrd Skynyrd’s legacy is that of a band who through it all stayed true to themselves, their work ethic, and to their roots.

If you thought the twinkling piano, powerful vocals and soaring guitars were amazing, wait ’til you see the music video! Spliced together with footage from Lynyrd Skynyrd’s Vicious Cycle Tour, the band incorporated footage of Sturgis motorcycle rallies, everyday Americans paying their dues and doing their part to make our country great, and our personal favorite – footage of American troops overseas, protecting and defending our way of life by risking their own. Powerful stuff!

The world may be changing into something unfamiliar and a little scary, but with songs like this, we can always count on Lynyrd Skynyrd to be the link to what’s really important!