If It Wasn’t For These Random Events, Stevie Nicks & Tom Petty Would’ve Never Teamed For This Duet 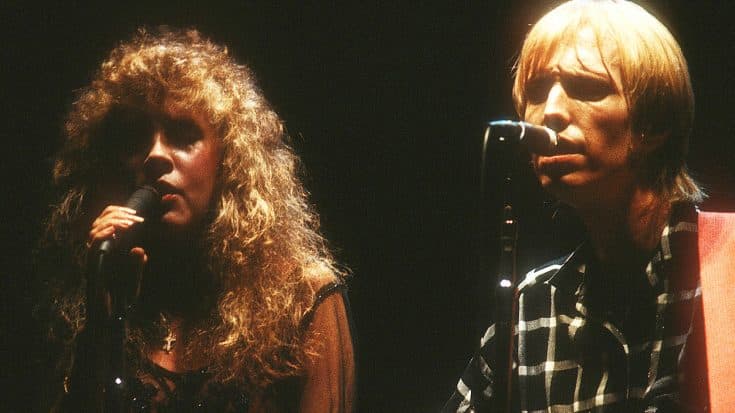 How It All Came To Be

Though you may not even know it, there are some pretty fascinating stories behind some of your favorite songs. In some cases, it’s only through a series of random events that a certain song can be created. In this case, the iconic song “Stop Dragging My Heart Around” only became the iconic Stevie Nicks/Tom Petty duet that we know and love because of said random events.

In a recent interview with LA Times, former Sound City Studios engineer Brian Hart opened up about how this timeless duet came to be. Here is what he had to say:

The chief recording engineer on this new album was Shelly Yakus. Working for the studio, I was assigned to be Shelly’s assistant engineer. My job was to be the liaison between the chief engineer, the producer and the musicians. Every evening at about 7 p.m., the engineer, the band and producer Jimmy Iovine would show up and tell me which song they wanted to work on that night. I’d pull the tape from storage and load it on the 24-track tape machine. This tape would have much of the song already recorded, and the band might, that night, add a new guitar solo or do some backing vocals, adding more complexity to the record. Or they might replace a track such as the bass guitar or piano. As assistant engineer, my job was to keep track of all this information on “track logs.” Sometimes, the artist would do take after take, trying to improve upon his or her performance. It could be very stressful for the artists, and very tedious for me. One night the band came in and told me that we would be working on “Stop Dragging My Heart Around.” In my head, I called it “Stop Dragging this Song Around”, because I was so sick of working on this particular song after five straight days. Iovine asked if there were any tracks open for a new vocal. I was confused because we had already recorded Petty’s vocal track earlier in the week, and everyone loved the way it came out. But I checked my track notes, found an empty track and set up for the new vocals to be recorded. As I returned to the control room, I saw another person I had not seen in any previous sessions. Pretty, with long blonde hair I assumed she was someone’s girlfriend or wife, but she was looking over the lyric sheet. It took a second, but I recognized her. It was Stevie Nicks, from Fleetwood Mac. Iovine was doing a juggling act. While working with Petty, he had also been working with Stevie for her first solo album. He was really burning the candles at both ends and more than once arrived to the studio exhausted. Stevie was in search of songs for the record, and Iovine wanted to hear “Stop Dragging My Heart Around” with her voice in the lead vocal. That’s why they wanted a blank track — we would record her voice on the song’s previously take and listen back to see how the song sounded with her on lead vocal. Most likely, we would end up erasing that track if we needed it for another instrument later on. She got in front of the mic, put on her headphones and I started the tape. For the next hour or so, she sang the song several different ways, putting emphasis on certain phrases and changing her voice a little here and there. At one point, she asked to hear Tom’s original vocal softly in her headphones to guide her along and help her keep the phrasing correct. Finally, everyone was satisfied, and Stevie came back into the control room to listen back to what she had just recorded.

We’re certainly glad that these series of events resulted in one of the most iconic duets of our generation. It goes without saying that both Tom Petty and Stevie Nicks had undeniable chemistry both in the studio and in the stage.

Let us know what you think in the comments!