‘I Had No Choice’: Heartbroken Brian Johnson Breaks Silence, Issues Statement On Future With AC/DC 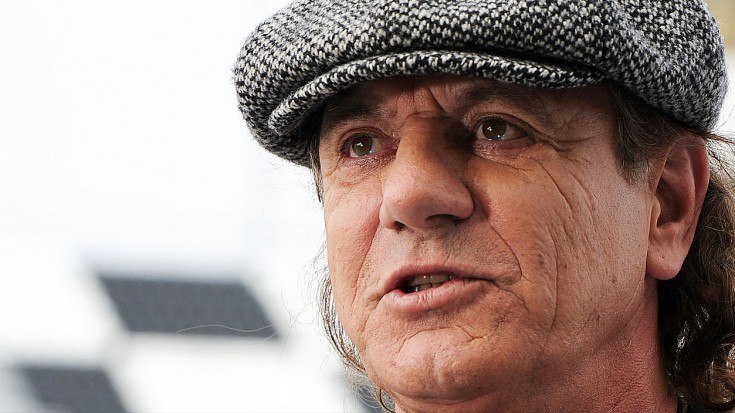 It’s been a whirlwind of a month for fans of AC/DC, but no one’s been feeling the strain more than AC/DC’s Brian Johnson. Plagued by rumors of his departure from the band as bandmates Angus, Cliff, Stevie, and Chris secretly held auditions to see who would replace Johnson for the remainder of AC/DC’s Rock Or Bust tour dates – rumors now confirmed with the announcement of Guns N’ Roses frontman Axl Rose being tapped to step in – a heartbroken Brian has finally broken his silence.

“I had no choice but to stop performing on stage for the remaining shows and possibly beyond,” revealed Brian in a lengthy statement issued this morning, shedding light on an impossible situation. The 68-year-old singer also admitted that he’d known something was wrong long before doctors made their diagnosis, saying he was “having difficulty hearing the guitars on stage” and because he wasn’t able to hear the other musicians clearly, “feared the quality of my performance could be compromised”.

Read the full statement below via Classic Rock Mag:

No matter how sad we are, it’s important to understand that Brian is absolutely devastated – this isn’t just a career for him, it’s his entire life and we can’t imagine what it feels like to sit out his first tour in 36 years and possibly tours after this. In the meantime, we at Society Of Rock send the best of wishes to Brian during this difficult time, and we look forward to one day seeing him back where he belongs: on the stage.