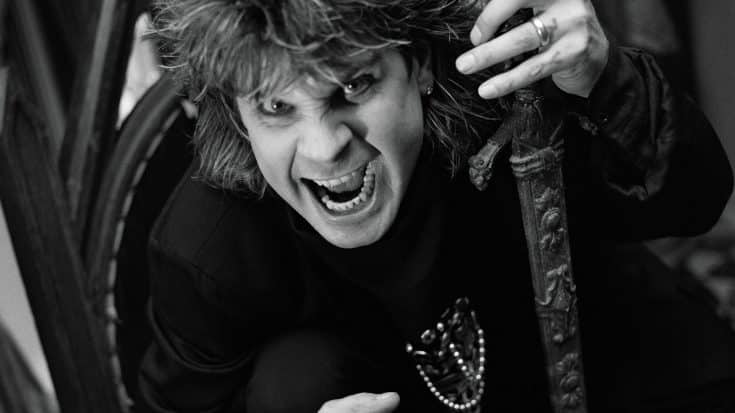 He Just Needed A Little Help

Ozzy Osbourne may not be everyone’s cup of tea but it’s hard to deny that he has one of the most inspiring stories in rock. He always seemed like the crazy guy who’d do anything for attention but take a closer look and it’s easy to see he is more than that.

It was 1979 and Ozzy was only 30 years old. He and Tony Iommi were already getting into each other’s nerves and tension was so high in the recording studio. Iommi pushed for Ozzy’s dismissal and with the support of Geezer Butler and Bill Ward, he was booted out of the band and replaced by Ronnie James Dio. After being their frontman and singer for a decade, he was dismissed for reasons that were baffling to him – because of his substance abuse issues.

Why is it baffling? Because according to the Prince of Darkness himself, he “was no more fucked up than the rest of them. It was bullshit.”

He thought he was done so he spent the next few months seeking some sort of relief from drugs and alcohol.

“I’d got £96,000 for my share of the name, so I’d just locked myself away and spent three months doing coke and booze. My thinking was, ‘This is my last party, because after this I’m going back to Birmingham and the dole.'”

Don Arden, AKA “Meyer Lansky of Pop” and “Yiddish Godfather”, managed Black Sabbath and so he sent his daughter Sharon to Los Angeles to “look after Ozzy’s needs, whatever they were.” And that changed Ozzy’s life. He was spiraling downward until Sharon came along.

But she probably didn’t expect him to look the way he did.

“He looked awful. He hadn’t shaved in weeks. His clothes were covered in food and he smelt terrible. It was heartbreaking to see somebody in such a state of hopelessness.”

What Sharon said next turned his entire life around. She told Ozzy, “Listen. If you clean your act, up we want to manage you.”

And he came back to the rock ‘n roll scene with a bang – the explosion was so great you can still feel the ripples today.

It was truly a pivotal moment in rock history. Not everyone could resurrect their career as successfully as Ozzy did. It was definitely the comeback to end all comebacks. He released two albums which featured the incredible guitar works of Randy Rhoads and eventually went on to have a massively successful solo career.

Music saved him from himself.