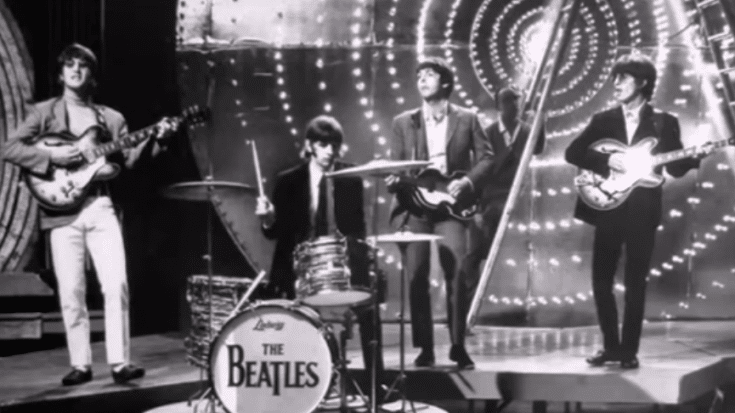 A collector from Mexico just recently discovered an 11-second clip of The Beatles during their only live appearance on BBC’s “Top of the Pops” on June 16, 1966. This previously lost footage shows The Fab Four performing “Paperback Writer.” Interestingly, this is the only known recording because BBC apparently didn’t archive a tape on it. Using an 8mm camera, this was filmed on a TV set by a family in Liverpool.

The silent reel eventually found its way to a collector who contacted Kaleidoscope – an organization that specializes in missing TV footage.

“I think if you’re a Beatles fans, it’s the holy grail. People thought it was gone forever because videotape wasn’t kept in 1966. To find it all these years later was stunning.” – Kaleidoscope’s Chris Perry told BBC

“We don’t know whether or not this particular piece of Top of the Pops history has disappeared forever, but unfortunately there was a time when BBC programmes were not archived as carefully as they are today and some programmes were sadly lost.”

This will be screened on April 20 at the BFI in London for the Music Believed Wiped program. The screening will also include over 200 other performances recently unearthed by Kaleidoscope.