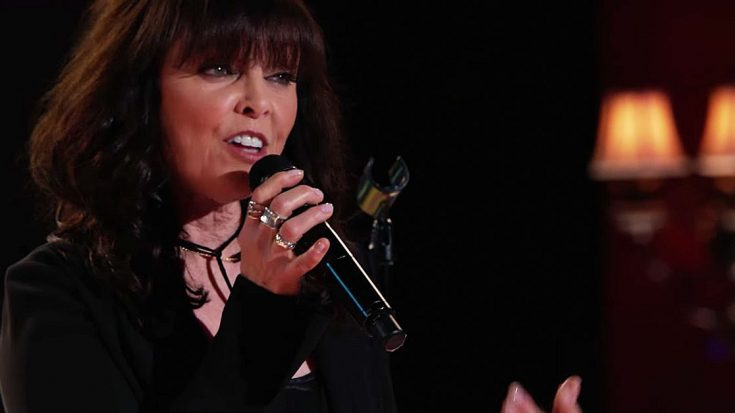 Get A Load Of Pat’s New Concert Special!

Pat Benatar’s come a long, long way from life as a bank teller near Richmond, Virginia. With four Grammy Awards, five platinum albums and two multi platinum albums under her belt, it’s pretty safe to say that Pat’s career has taken her on one hell of a ride and based on her performance last night with husband and musical partner Neil Giraldo, the ride is nowhere close to stopping! The pair appeared in a special intimate concert on the Audience Network that saw Pat dishing out acoustic spins on some of her biggest hits, including her 1980 smash hit “Hit Me With Your Best Shot” with Giraldo beside her, sporting an acoustic guitar and the biggest smile we’ve ever seen.

As always, Pat and Neil’s performance included their signature audience participation that saw Pat engaging the audience by making them sing “Hit Me With Your Best Shot” with her as per her years long tradition – one that she doesn’t see herself breaking any time soon.

“Every year I pretend I’m not going to do it, and of course I do it – and I make audiences sing it,” she said this week in an interview with Reuters.

As stunning and dynamic as ever, we can’t get enough of Pat’s performance of her biggest hit and one of our favorite songs. Be on the lookout for a particularly spicy take on “Outlaw Blues” – now that’s one you really don’t want to miss!