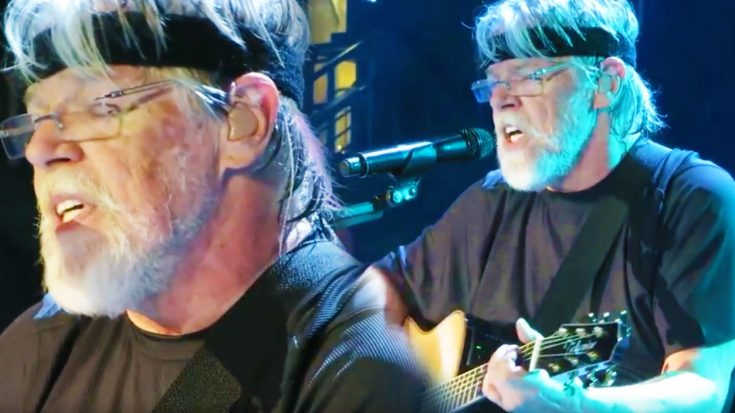 Bob Seger embodies classic rock music. I mean seriously, this guy is a true American rock n’ roll icon, and he’s put out some of the best songs and biggest hits over his storied career. One of his biggest hits, and most well-known songs is “Against the Wind.” The song was released in 1980, and was the second single and title track of Seger’s album that year. Seger wrote the song about his high school cross country days, and the song has since become a staple to play live at his shows!

Fun Fact: Seger has said that the line “Wish I didn’t know now what I didn’t know then” bothered him for a while, but that everyone he knew loved it, so he left it in. He also said that it has since appeared in several other hits by other artists, so that proved it was an acceptable lyric.

This performance was shot on Seger’s 2013 tour in Toledo, Ohio. It served as his first encore, and Seger serenades the crowd to this beautiful tune, and they eventually sing along for a memorable performance! It’s the perfect way to close out a concert!

Check out the epic performance down below for yourself!