His Feet Barely Reach The Floor, But It’s What His Hands Are Doing That’ll Blow You Away 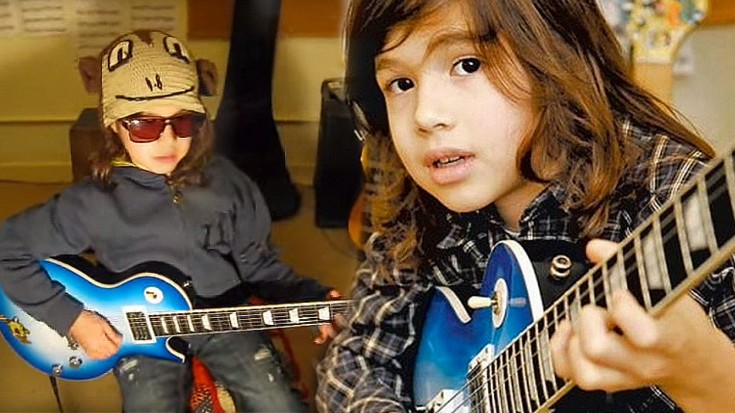 Seriously, How Are His Hands So Quick?

At 9 years old Lucciano Pizzichini’s feet barely touch the floor, but he hasn’t let that stop him in his pursuit of guitar greatness! Born and raised in Argentina, Lucciano – or “Lucchy”, as he’s affectionately known to his fans – is a guitar prodigy whose journey began at the age of 2, when he first learned to strum a guitar. By the age of 6, Lucciano became the youngest artist ever sponsored by Gibson Guitars, and he’s almost never seen without his electric blue Gibson Les Paul Goddess.

This video features Lucchy and his Les Paul jamming ‘Minor Blues’, a jazzy tribute to late guitarist and inventor Les Paul, and it’s absolutely fantastic! Lucciano isn’t even looking at his fretboard, totally content to sit on his amp and kick his feet casually while he makes this intricate little jazz lick look absolutely effortless.

Fun Fact: By the age of 7, Lucciano could reel off complex Joe Pass and Pat Martino jazz licks.

Lucciano’s hands are the ones in which we’re leaving the future of music and after seeing this impromptu performance, I couldn’t feel more secure! He’s got such a fantastic respect for the greats that came before him, but isn’t afraid to inject his own style and flavor into his playing. If he was this fantastic at 9, imagine what he’ll be doing when he’s 30!