Hilarious Video Shows Heavy Metal Fan Knocking Himself Out After He Goes Overboard At Concert! 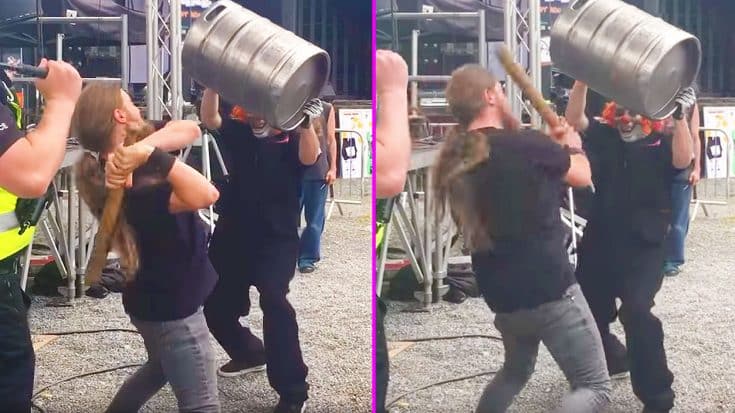 That’s what I call a head bang!

Heavy metal fans are unique in their own way, and you’ve got to have some serious guts to join in on some of the stuff they do at concerts. From mosh pits, to the circle or wall of death, going to a metal show can be physically exhausting.

Although metal fans may get a bad rep for some of the crazy stuff they do, they’re actually some of the nicest people, and will offer help to anyone who is uncomfortable, or unwantingly gets caught up in their antics. Recently, one man at a show got a little too crazy and ended up knocking himself out!

A Slipknot cover band was performing a small show, and one of the members picked up a large keg, and brought it into the audience. A police officer began wacking it with his baton, and the member in the band handed off his baseball bat to a fan to hit the drum with. Well, after a few hits, another fan took the bat, and hit the drum so hard that the bat ricocheted off the drum and hit the fan right in the face, knocking him straight to the ground. We feel bad for the fan, but it looks so funny, we can’t help but laugh.

Check out the clip down below, but we warn you: it’s pretty damn hilarious! Fast forward to 1:30 and watch it happen!