Here’s 7 Minutes Of Metallica Goofing Off On The Set Of A Music Video Shoot! 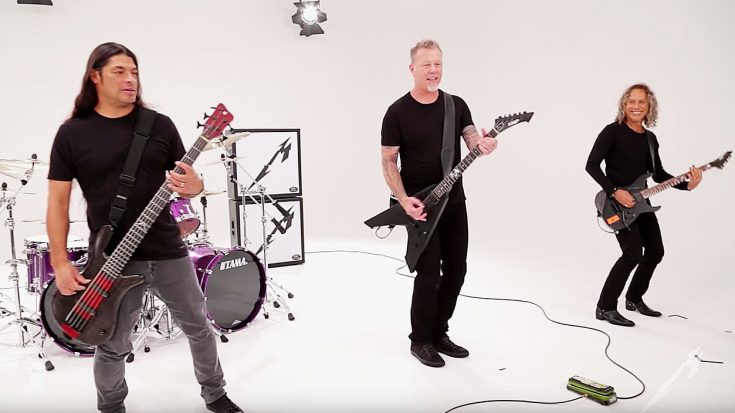 Holy Cow! These Guys Are Having A Blast!

Many people will be try and dispute what I’m about to say, but Metallica is undoubtedly one of the most influential metal bands of all time. Again, many people would argue with me on that, but it’s true. So deal with it. Anyway, my point is that Metallica is simply one of the greatest heavy metal bands of all time, whether you agree or not, it’s simply true. But for as seriously as you should take Metallica, they’re also known for being a bunch of goofballs from time to time. Case in point, this series of clips from their latest music video shoot.

What you’re about to watch is a video in which Metallica are on set for a music video of their new song Now That We’re Dead. In this video, Metallica can’t help but just goof around the entire time. See for yourself!