Heart’s Acoustic “Alone” Performance Will Leave You With Chills… 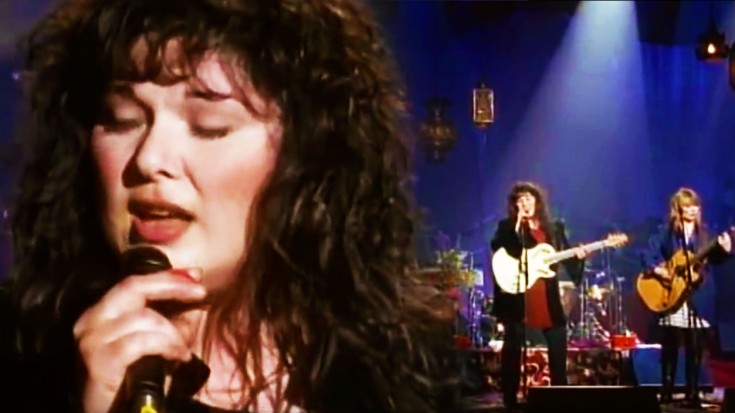 How Do I Get You Alone?

Performing hit “Alone” in 2007, Heart’s Ann and Nancy Wilson’s breathtaking rendition with 3 acoustic guitars will honestly give you chills from your tones to your spine. The buildup of sweet and soft melodic tones transforms into powerhouse vocals matched with elevated, deep passion and soul and no one could do that better than Ann.

Written by famous songwriters, Billy Sternberg and Tom Kelly, “Alone” was an intended power ballad about an independent woman wanting to get a man alone, ready to revel in his life changing love. Originally written for themselves, they found “Alone” to be the most prominent track on the record, however, it did not receive the attention and success they had originally anticipated; eventually the song was given to Heart to make it an unforgettable hit, and that they did.

Interesting Fact: In 1991, the Wilson sisters became co-owners of a recording studio in Seattle that was named after this album. Soundgarden, REM, Nirvana, Neil Young, Johnny Cash and Pearl Jam all recorded there.

We think the reason Ann’s voice is so perfect for this particular song is the gentle yet firm and tones toward the beginning of the song; the gradual melodic evolution of the classic really highlights the talent that rested and still rests within Ann Wilson’s lungs. Enjoy this stunning, acoustic rendition of one of Heart’s greatest!