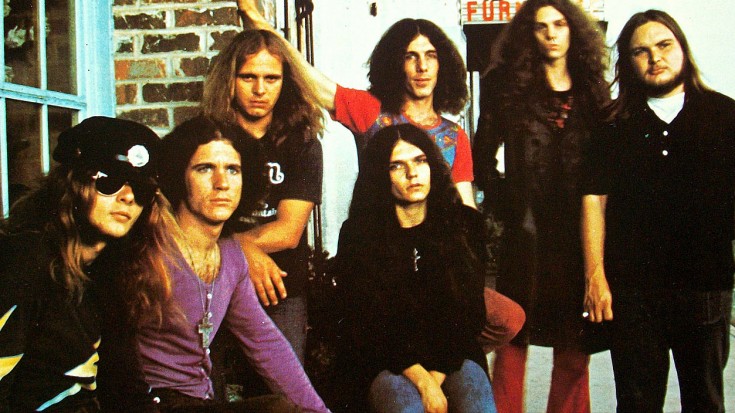 A band that can only be described as a finely tuned musical machine, Lynyrd Skynyrd set the bar impossibly high with their timeless brand of rock and roll created by some of the finest musicians to ever walk the earth. In fact, the bar is so impossibly high that no matter where you go, you’ll never hear a Skynyrd tribute band or cover band sound exactly like the band – Lynyrd Skynyrd’s sound is so unique thanks to their all star rhythm section that bass licks, piano parts and drum fills are impossible to nail exactly as they were originally composed, and this studio recording proves it!

Taken from the Pronounced Leh-Nerd Skin-Nerd recording sessions, this audio features former bassist-turned-guitarist Ed King and late drummer Bob Burns recording “Free Bird”; we know this Skynyrd classic for the mind-blowing guitar solo pulled off by Allen Collins, but the rhythm section made up by King, Burns, and Powell is what really makes “Free Bird” so special.

Bob Burns “played straight,” setting up the perfect foundation for both Ed and Billy Powell to play off of each other in an elliptical pattern to create that gorgeous texture in “Free Bird”.

While Ed King has since moved on from Skynyrd and both Bob and Billy have passed away, never fear: Lynyrd Skynyrd continues to hold it down night after night with Johnny Colt, Peter Keys, and Michael Cartellone carrying on the time honored tradition of being one of the best rhythm sections in rock and roll!