He WOWs With “Mr. Tambourine Man” Cover That Will Make Your Day 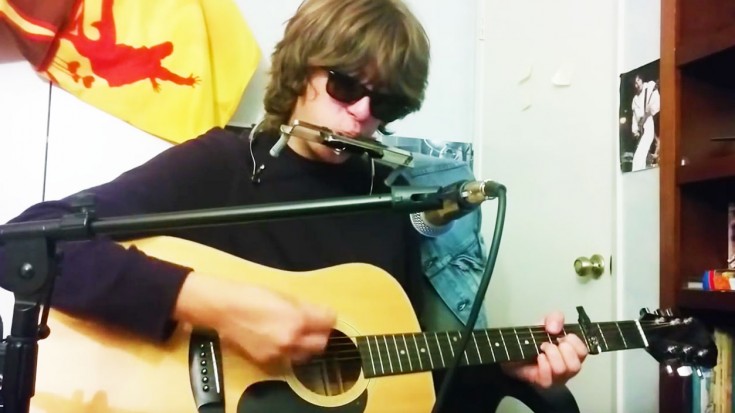 To attempt covering Bob Dylan not only takes a lot of courage, but talent and, in our opinion, this kid’s got it. Covering Bob Dylan’s iconic “Mr. Tambourine Man,” this anonymous teen under the name of Classic Rock Kid really has us in awe with his vocal control, range and abilities.

Interesting Fact: This song changed the face of rock music. It launched the Byrds, convinced Dylan to “go electric,” and started the folk-rock movement.

Famously known for his harmonica playing, Bob Dylan’s solo in this particular song was iconic amongst harmonica lovers and players everywhere and the Classic Rock Kid comes equipped with even those challenging and wonderful skills, and, of course, Dylan’s signature harmonica holder.

As several of the artists’ covers contain Tom Petty, Bob Dylan and other classic artists, we are inspired by such a passion of classic rock that is kept alive through the voice and fingers of this teenager. Written and composed by Dylan in the mid-sixties, “Mr. Tambourine Man” was also recorded and released as a single by the Byrds in the same year, taking it to #1 on the Billboard Hot 100.