He Jumps On His Surf Board With A Guitar, The Result Is Unbelievable 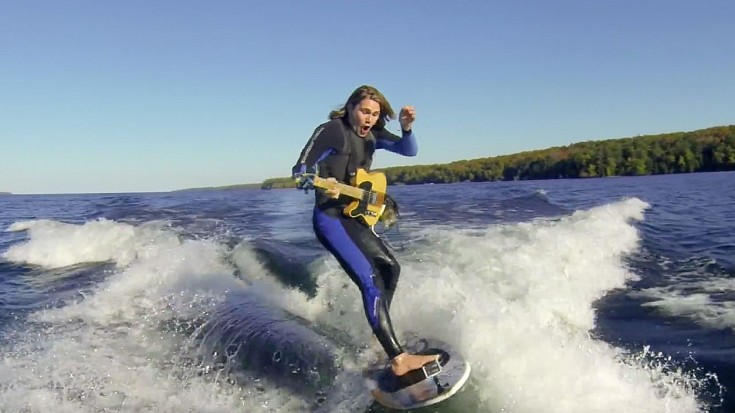 Wow! We have never seen anything like this before, unless you count the Hawaiian men that sit on their longboards and play ukuleles, but the two don’t even compare…

Chris Hau, Canadian surfer and guitar enthusiast, performs one of the most impressive examples of multitasking and definition of gnarly as he shreds on his guitar while wake surfing some decent sized waves.

Hooked up to a speed boat by a single piece of rope, Chris manages to maintain his balance and concentration throughout this insane act of courage for not only himself, but his guitar. Admit it, you are worried that he will drop it and forever ruin the instrument that means the most to him, but luckily Chris is skilled enough to stay afloat and shred both with ease.

As if he was not already talented enough, Chris composed this surf- friendly tune on his own and just felt like jammin’ out to it.

“I think it’s important to challenge yourself and combine the various passions that you love.” – Chris Hau

We could not agree more with this quote considering we have so much respect for artists and people that color outside of the lines and test their own limits when it comes to their talents.