Caught On Camera: Rockstars Having A Worse Day Than You 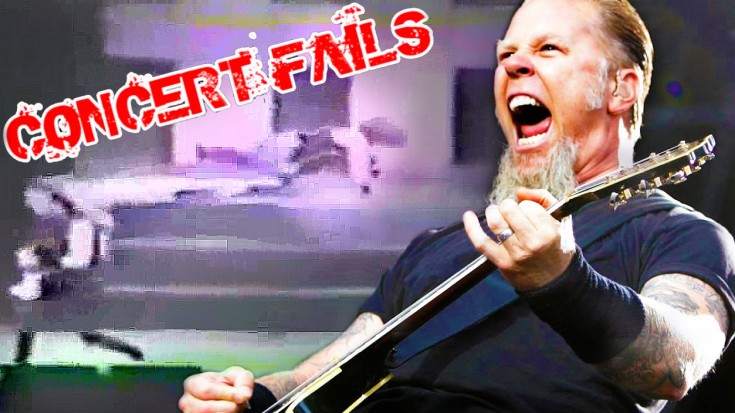 The Struggle Is Real For These Rockers!

Ahh, rockstars: they live the life that most of us will only ever dream of. Lucky for us, however, even the most seasoned of rockstars have bad days – and sometimes they’re even caught on camera! Whoever said that it was frowned upon to laugh at the misfortune of others has clearly never seen Nickelback frontman Chad Kroeger storm offstage after being hit with rocks, or Metallica’s Jason Newsted trip and fall mid-shred.

*Spoiler: we have, and it is GREAT!

Of course, these awesome concert fails are made even better when rockstars are able to have a great sense of humor about their faux pas. Swedish power metal band Sabaton laughed even harder than their fans when frontman Joakim Brodén ripped his pants literally from ankle to crotch during a show, even pausing for a moment to give him a chance to pose for the cameras he knew were watching it all go down!

These rockstars may have had some good, bad, and downright ugly days onstage, but one thing is clear: they still know how to entertain us, one way or another!