Hawkwind’s Nik Turner Passed Away At 82 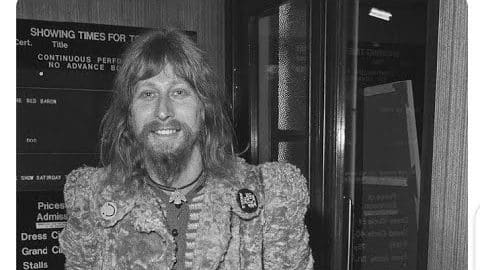 The co-founder, saxophonist, flutist, and vocalist of the pioneering English space-rock band Hawkwind, Nik Turner, has passed away at the age of 82.

“We are deeply saddened to announce the passing of Nik Turner — The [Mighty] Thunder Rider, who passed away peacefully at home on Thursday evening. He has moved on to the next phase of his Cosmic Journey, guided by the love of his family, friends, and fans. Watch this space for his arrangements.”

Turner was born in Oxford, England. He took two years to harness his talent for using saxophone and clarinet by doing lessons in the early ’60s. His interest in free jazz then emerged in the late ’50s and early ’60s and brought these improvisational stylings into the context of a rock band.

He got his chance in 1969 when he began working as a roadie for a new band that includes Dave Brock, Mick Slattery, and John Harrison. Turner and fellow roadie Michael “Dik Mik” Davies were soon promoted to band members in the name of Group X, which soon changed to Hawkwind Zoo and, ultimately, Hawkwind.

Turner first played with Hawkwind from 1969 to 1976 which is marked as the band’s most successful period. During that time, they had a run of four consecutive Top 20 albums in their native U.K. Turner only returned to the band from 1982-84 when he started doing a saxophone solo to some tracks.

During the time when Turner was not present in the band, he founded a psychedelic-punk hybrid band called Inner City Unit. The band released four albums between 1980 and 1985. Shortly after his dismissal from Hawkwind, Turner also vacationed in Egypt and recorded himself playing flute in the King’s Chamber of the Great Pyramid of Giza, which was later incorporated into a full album. This album was recorded with the help of a plethora of musicians under the moniker Sphynx.

In his later years, Turner continued to tour with various Hawkwind and Sphynx alumni. He then formed Space Ritual in 2000 which featured several principal ex-Hawkwind members.