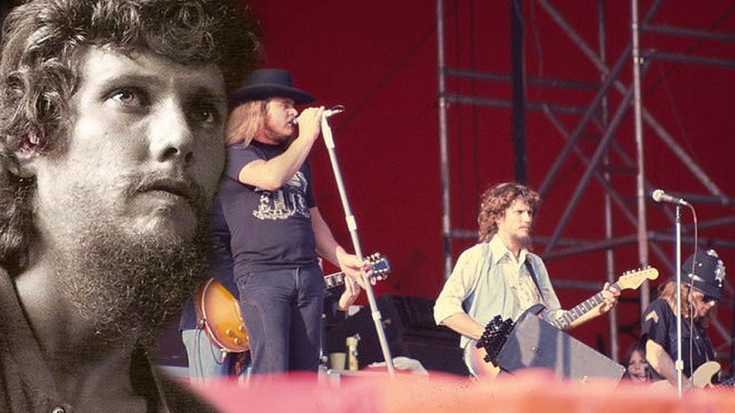 We sadly wish a “happy” birthday to Steve Gaines, guitarist of beloved Lynyrd Skynyrd, who would have celebrated his 66th birthday today.

Steve, along with lead singer Ronnie Van Zant, his older sister, Cassie and their assistant manager, Dean Kilpatrick, were killed in a plane crash just outside of Gillsburg, Mississippi.

Steve Gaines, born in Seneca, Missouri, wanted to be a guitarist early on after he saw the Beatles perform in Kansas City and decided to be just that. He started playing in bands in high school with friends and eventually moved up to perform with local bands of the Mississippi area like Rio Smokehouse, The Band Detroit and Crawdad.

It was not until his older sister, Cassie, joined Lynyrd Skynyrd as a backup vocalist, that Steve realized his true place in the world was with these awesome southern rockers.

In this clip you will hear a young, talented Steve Gaines jammin’ out to “Alone In The Multitude” before he was chosen to honor the greatest southern rock band on the planet.

Enjoy the sounds of a great, lost guitar player…

We miss you Steve.. RIP.