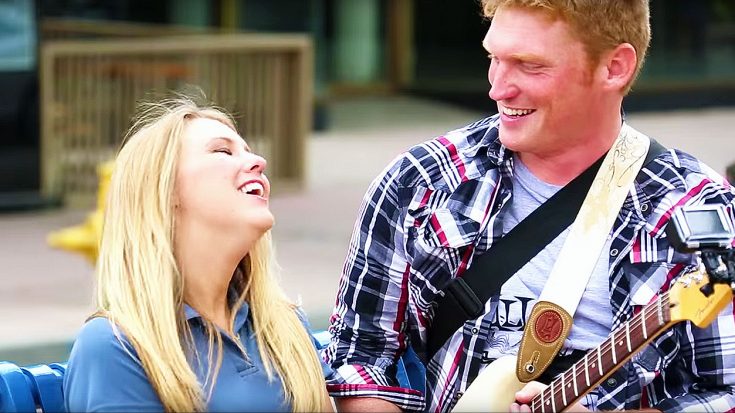 Ladies love a guy who can rock!

It’s always wonderful to see people spreading kindness in this world, especially during the time we live in. Music is a very powerful thing, and can be a major catalyst in making someone’s day, or bringing a smile to their face.

YouTube prankster Stuart Edge decided to use his practical joke/pranking powers for good, and brighten up the days of these random ladies with this hilarious flash mob. Stuart teamed up with his friends that are in a band, went up to ladies and asked them if he could play them a song. Little did they know, they were in for the surprise of their life!

Stuart surprised the ladies by bringing out his friends, and they joined together in an epic flash mob of AC/DC’s “Thunderstruck!” The ladies are completely shocked, but instantly start to laugh, dance and even sing along!

The funny part, is that Stuart proves that all ladies love a man who can rock, and a guy who can play music! He even goes as far as to get one girl’s number at the end of the video! It truly shows what the power of music can do!

Check out the hilarious video down below!