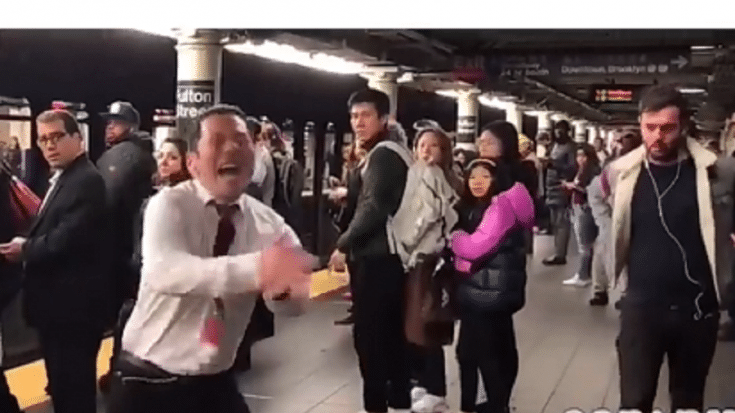 We’ve all been there – when we’re so much into the music we just feel like whipping out our air guitar or slamming on our imaginary drums . But that’s probably not gonna earn you some stares or smiles though. This guy took it to the next level. He’s totally feeling the music because he went crazy rocking out! Man, if we see something like this on our way to work or wherever, we’d be super supportive. He just wants to rock.

Older people were a bit baffled and even frightened with what he was up to but there were those smiling in support and encouraging him. It’s one of those harmless things that easily makes everyone’s days better. Watch this and you will at least end up cracking a smile.

We almost lost it when he did the famous Axl Rose snake dance in public but dang, nothing prepared us for his imitation of Angus Young’s duck walk! And the fact that he’s all dressed up (complete with tie, mind you), that made it a thousand times more hilarious! He looks like someone so pumped up and excited to head to work.