Dave Grohl Played Some Classic Nirvana In This Video 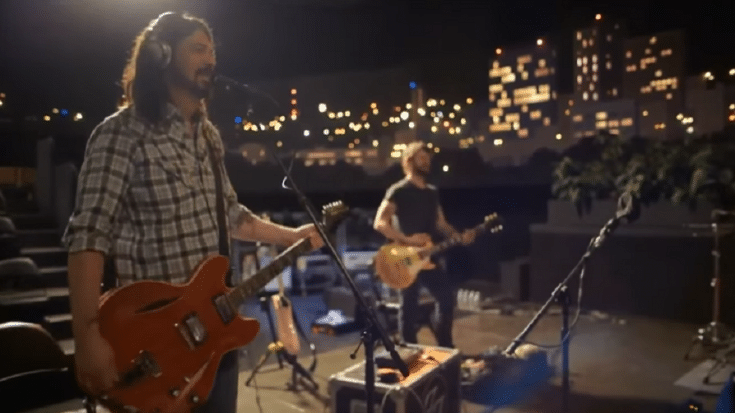 Over the years, Dave Grohl has managed to successfully get out of the shadow of Nirvana and be his own legend. But that doesn’t mean he has forgotten which band helped propel him to stardom. In an interview with GQ Magazine back in 2018, he admitted that he still can’t listen to Nirvana’s classic hits but of course, it’s impossible to escape their music.

“I don’t put Nirvana records on, no. Although they are always on somewhere. I get in the car, they’re on. I go into a shop, they’re on. For me, it’s so personal. I remember everything about those records; I remember the shorts I was wearing when we recorded them or that it snowed that day.” – Dave Grohl

In this video, it shows Grohl playing a bit of Nirvana’s most enduring song “Smells Like Teen Spirit.” It’s nothing serious though, they just look like a bunch of guys having fun but it still made us feel things. Late last year, Grohl reunited with Krist Novoselic and Pat Smear to perform a six-track set and it made every Nirvana hopeful that maybe they’d stage a reunion.

It was more than just another performance for them though. According to Grohl, they “would look at each other and smile, but the emotions would kind of go in waves, because there was someone missing – and you wish that you could still share those songs with Kurt.”

Novoselic did say they’re not closing any doors on the possibility of working on new material.