Guns N’ Roses Rock France With This Live Rendition Of “Sweet Child Of Mine”! 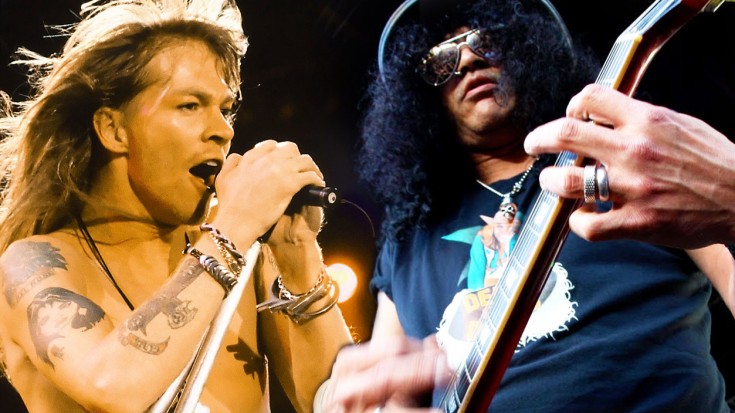 By 1992, Guns N’ Roses were on top of the world. They were touring in support of albums Use Your Illusion I & II, no strangers to 9 legged tours hitting every corner of the globe. Their hit song ‘Sweet Child Of Mine’ was dominating the airwaves and was in constant rotation on MTV, which made it a major concert staple for those lucky enough to see the boys live during their glory days!

This live performance took place in France in 1992 and it’s at the height of their success – Axl Rose was never better, and with a lineup that included the irreplaceable Slash, the boys were unstoppable!

From Axl’s stage presence to Slash’s ability to captivate a crowd with that famous opening guitar lick, this live performance of ‘Sweet Child Of Mine’ is a testament to the machine that was Guns N’ Roses.

While we may likely never see the boys together again this way, one thing’s for sure: for a moment, Guns N’ Roses ruled the world and once you see this killer performance, you’ll see why!