Guns N’ Roses Guitarists: Who Does It Better? 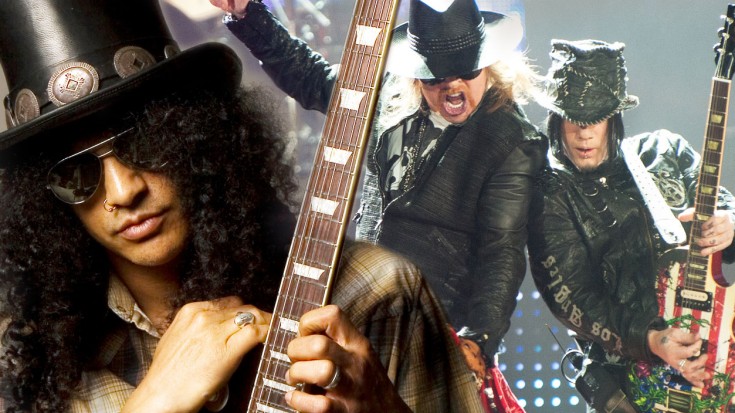 It’s a pretty widely accepted truth in rock and roll that Slash is one of the best guitarists in rock, hands down. Seriously – he’s unshakeable! I’ve never seen him break a sweat as he doles out some of the most amazing, iconic pieces of music ever written! His departure from Guns N’ Roses was a crushing blow to rock fans everywhere, because his guitar playing was unparalleled and made Guns N’ Roses’ impressive catalog that much more special.

These days though, if you’re lucky enough to hit up a Guns N’ Roses show, it’s not Slash you’ll see orbiting Axl with a Les Paul in his hands as he grinds out ‘Sweet Child O’ Mine’, it’s lead guitarist DJ Ashba. The real question is, watching them both with Guns N’ Roses, who does it better?

Who Is DJ Ashba, Anyway?

DJ Ashba was hired by Axl Rose in 2009 to take over lead guitar duties for Guns N’ Roses. A decades-long fan of the band, Ashba has played with a few other rock legends like Nikki Sixx and Motley Crue!

You can’t really compare Ashba to Slash – one’s a legend, and one is preserving that legend’s work. DJ isn’t the cleanest guitar player anyone’s ever seen, and as far as mimicking Slash’s work and style, he’s not half bad. He’s still got quite a long way to go in terms of playing with Slash’s cool, casual confidence, and Guns N’ Roses at this point is essentially just a really famous cover band for him to practice with.

Check out this side by side video and let us know who YOU think does it better!