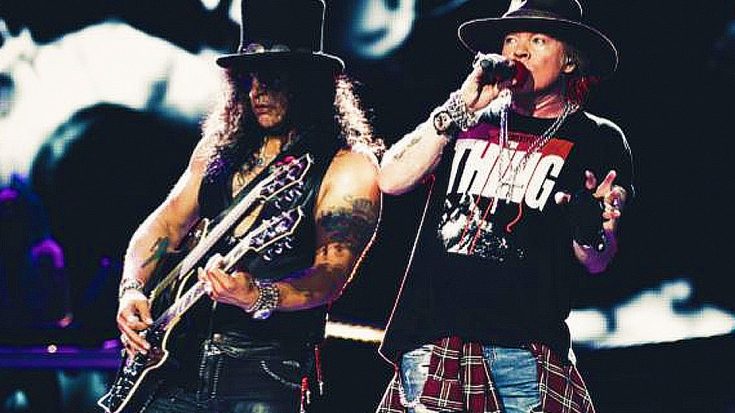 With only one date left to go on their Not In This Lifetime tour, Los Angeles rockers Guns N’ Roses made one hell of a return home this weekend for their long awaited hometown concert at Dodger Stadium, a two night affair marked by excitement and intrigue as they dazzled Angelenos with 3 hour sets that can only be described as explosive. Where most bands begin to lose steam as the end of the tour nears, Guns N’ Roses pulled out all the stops for their hometown show – former drummer Steven Adler made appearances both nights and Axl Rose, in between one of the best vocal performances of the entire tour, took a brief moment to acknowledge the importance of his band’s return home:

Tonight marks the final night of the Not In This Lifetime tour and will see the boys’ legacy coming full circle as they repeat history with a show in San Diego opened by The Cult, who graciously brought Guns N’ Roses on tour in the 80s as their own tour opener when they played San Diego’s SDSU Open Air Amphitheater in 1987. If the Guns N’ Roses concerts of long ago are anything to go by, fans tonight should be in for the ride of their lives as the boys shut down one of the most highly anticipated reunion tours in recent memory!

Check out the magic below as the guys tear through an encore of “Paradise City,” bringing the night to an explosive ending!