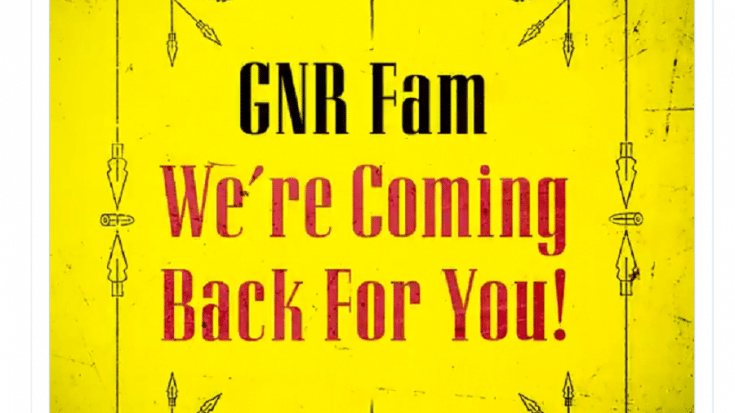 After postponing their shows in South and Central America due to the ongoing coronavirus outbreak, Guns N’ Roses have announced the new tour schedule. Instead of March and April, the concerts will be moved to November and December. Original tickets will be honored. They posted a clip on Twitter and captioned it with: “GNR fam, we’re announcing new rescheduled #GNR2020 tour dates. Hold onto your tickets, see you soon.”

They’re set to headline the Lollapalooza Festivals in Chile, Argentina, and Brazil.

Meanwhile, there’s no news yet about the highly anticipated follow-up to 2008’s “Chinese Democracy.” Slash has already revealed they were working on it. Their most recent show was at the Vive Latino festival in Mexico City last March 14 where they performed a 22-song set – they even dusted off the 1992 deep cut “So Fine” from the album “Use Your Illusion II.” They played it for the first time in 27 years.