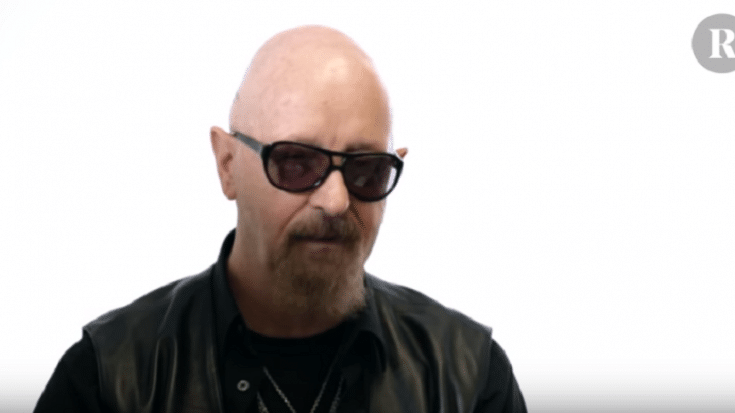 From An Online Q&A

There’s no doubt that Led Zeppelin has inspired countless other musicians who went on to make names for themselves in the industry. And heavy metal legend Rob Halford is no exception.

In an online Q&A published by Classic Rock magazine, fans got the chance to ask the Judas Priest frontman various questions – from the toughest song to perform live to whether he’ll be joining Twitter any time soon. When asked about his top three favorite vocalists, he answered: “It’s a pretty straightforward choice. One would be Ronnie James Dio; I listen to him nearly every day. I’d have to pick my mate Bruce Dickinson from Iron Maiden, who is phenomenal. And let’s go with one from the very beginning of this form of music – Robert Plant.”

He added, “I’ve always enjoyed the bluesier elements of his vocals and the ‘Oooh’s and ‘Aaah’s that they threw in were important; they may not have been words but Planty taught me how to connect on an emotional basis with that type of phrasing.”

Halford has been widely considered as one of the greatest heavy metal vocalists. His voice is easily recognizable. So when a fan asked how he keeps it in shape, he answered: “After 58 metal years it becomes harder and harder. Rest is very, very important. Mine has become a bit like an old Morris Minor – it takes three days to get it going but it works just fine once it’s warmed up.”

Aside from Judas Priest’s 2018 “Firepower,” Halford’s most recent release is the Christmas album titled “Celestial”.