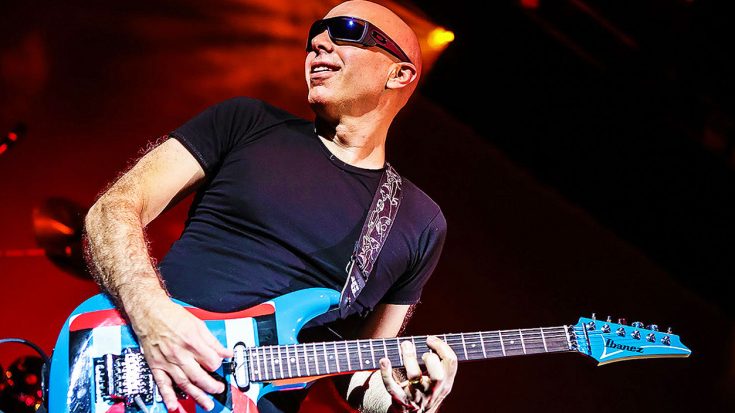 He has some regrets….

It’s hard to think of another purely instrumental guitarist who is better than Joe Satriani. With over 15 original albums that have been released throughout his career, Satriani has been killing the game for quite a long time, and has left a lasting legacy.

One thing about Satriani, is that he has written thousands of solos throughout this storied career. But, out of all of these solos, there is one that Satriani deeply regrets writing. Satriani reveals that his most regretted solo is his song “Crushing Day” off of his album Surfing With the Alien. This solo is so bad, he claims that fellow guitarist and friend Steve Vai told him not to record it.

“I never should have written that solo! That was some alter-ego thing where I thought it would be a really cool thing to do….Steve [Vai] really loved the record, but I remember when it came to talking about that song, he just said, ‘Yes, it’s a really cool song… Solo’s kind of worked out, though, isn’t it?’“- Satriani said.

It’s pretty crazy to think that he regrets his own solo, but at least him and Vai have a great relationship where they can be honest with each other and tell the truth about what they really think of each other’s work.

You can listen to the song down below and judge it for yourself!