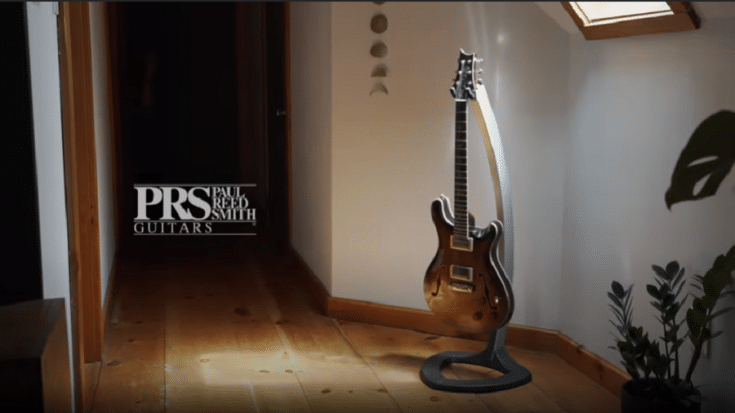 PRS Guitars recently unveiled a new product – a floating guitar stand. It boasts of a sleek, minimalist design and makes it looks as though your musical instrument is suspended in air! This is definitely not the usual way to display a guitar and that’s why we love it.

The company has ensured that its stable and safe for you guitar. Some of its design features are heavy duty construction, heavy weighted base so it doesn’t tip over, a three-pointed base for maximum stability, and a nitro-friendly foam head stock cradle.

You can purchase it for $139.00 at PRS Authorized Dealers and from the PRS Guitars online West Street East accessories store which you can check out here.

So whether you’re planning to display your guitar for all your friends and family to see or for your eyes only, this is definitely something that would turn heads. Plus, it doesn’t take up that much space too. It looks simple which allows the guitar, no matter what the design or color, to stand out easily.

The PRS Floating Guitar Stand isn’t exactly revolutionary or a game-changer but we like it because it’s kinda cool.