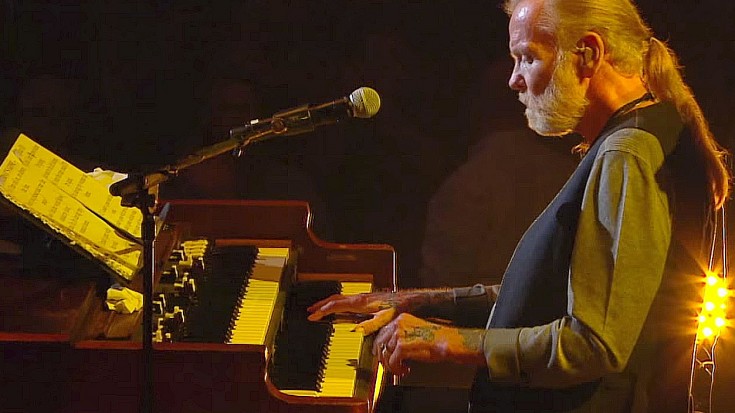 In 2014, Southern rock legends Lynyrd Skynyrd teamed up with an all-star cast of musicians for One More For The Fans, a celebration of the band’s musical legacy. One of the artists to come out and pay tribute to Lynyrd Skynyrd that night was classic rock icon Gregg Allman of the Allman Brothers Band, who brought the crowd to its feet with his rendition of “Tuesday’s Gone”.

With its easy feel, serenading guitars set to Gregg’s smoky vocals, suddenly “Tuesday’s Gone” isn’t just another cover – it’s an emotionally charged look back on a band who grew up to become the crown princes of Southern rock, by a man who had the profound pleasure of watching their evolution and enjoying their friendship through the years.

One More For The Fans

Lynyrd Skynyrd’s musical legacy is one that surpasses ‘Freebird’ and ‘Sweet Home Alabama’ – they’re American icons, and as far as tributes go in honor of a band whose legacy spans as far and wide as theirs, Gregg Allman’s stellar take on “Tuesday’s Gone” managed to perfectly sum up the lifetime of love and wisdom shared with us by these legends!