Great News For Guns N’ Roses! The Band Just Broke A Record Many Thought Was Unbeatable! 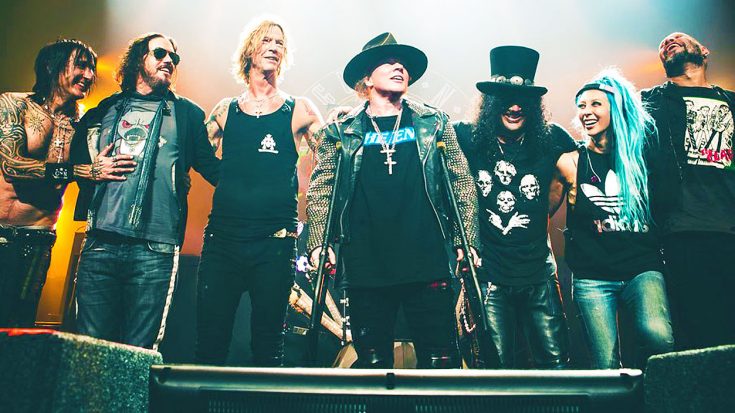 Welcome to the one million club!

One story that has dominated the classic rock world in 2016, is Guns N’ Roses comeback! Most of the original members reunited for the epic Not In This Lifetime…Tour, and saw unimaginable success! The concert was easily the most successful any band had this year, and GNR have already laid the groundwork for a tour next year.

With that said, tickets have already gone on sale for the band’s European leg in 2017, and this weekend they achieved a ridiculous feat! When the tickets were released Friday morning (December 9th), they immediately sold out. Overall, Guns N’ Roses sold over one million tickets the first day they went on sale! That’s right, one million people went online to purchase these tickets when they went on sale! This has already placed them as the frontrunner for having the highest-grossing tour for the second year in a row! The demand was so high, the band had to schedule a second show for their stop in Mexico City.

It’s great to see that people still give GNR some love! They deserve it, and hopefully this next leg of the tour is as great as the last one!