Flashback: Nikki Sixx Slams Kim Kardashian In Epic Twitter Rant And Is The Hero We Need 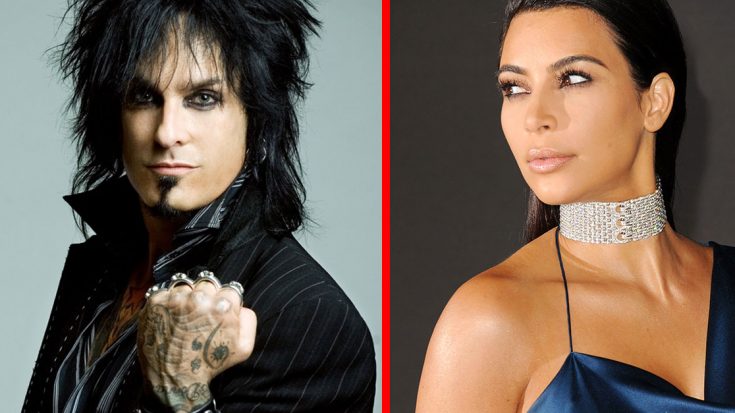 Former Mötley Crüe bassist and SIXX:A.M. founder Nikki Sixx may have said goodbye to social media for the time being, but we’ll always look back fondly on the time that he joined the ranks of Prince and so many others before him who were brave enough to put reality tv star Kim Kardashian in her place.

Let’s rewind: in 2013, the city of Moore, Oklahoma was devastated following a horrific tornado that struck an elementary school and claimed the lives of 25 while causing over $2 billion in damage. Like most celebrities, Nikki Sixx took to social media to raise awareness, imploring fans to do whatever they could to help citizens of Moore in their time of need and even went the extra step with a donation of his own.

Reality television star Kim Kardashian, however, used her platform to promote her new line of bronzers – more than a little insensitive, given that everyone else’s attention was focused towards trying to help the 25 families who lost a loved one and the community that would desperately need help to heal and rebuild.

Sixx immediately called Kardashian out on her faux pas, tweeting the following:

He then followed up with this pretty damning screenshot:

Ouch. Kim didn’t respond to Nikki’s Twitter attack, but judging by her post on Instagram just a few hours later, she definitely saw it. Social media will be a lot more boring without Nikki Sixx to liven things up a little every now and then, but we’ll always have moments like this!