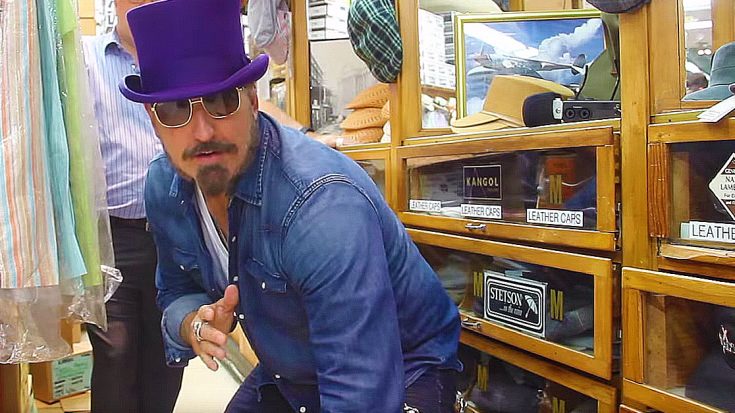 When Lynyrd Skynyrd touched down in New Orleans two weeks ago, bassist Johnny Colt was kind enough to let us spend the day with him in the form of a vlog detailing what it’s like to be the bassist for one of the greatest bands on the face of the planet, showing us everything from how he spends his downtime in between shows to how rockstars catch some z’s after a long day of traveling and rocking out – but there was one special trip he made that revealed a pretty key link to one particular late member of Lynyrd Skynyrd.

Meyers Hat Shop is the oldest hat shop in the South and owned by Paul Meyer, the store’s got quite literally every kind of hat you can imagine; Johnny stops in to purchase a few hats for the tour and opens up about his onstage habit of changing hats every few songs, revealing that his love for crazy hats is his way of paying tribute to late Lynyrd Skynyrd bassist Leon Wilkeson, who died in 2001.

“During our show I change hats every few songs – I got a lot of hats, but that’s because the original bass player in Lynyrd Skynyrd, his nickname was ‘The Mad Hatter’ and he changed hats every song.”

So THAT’S why Johnny wears such fun hats every night! Sure, it’s fun for the fans to see what kind of crazy hats Johnny will unearth from backstage in between songs but we have to imagine that for his brothers in Lynyrd Skynyrd, the sight of him sporting a bright purple top hat one moment and a plush wolf’s head hat on his head the next is a brilliant, comforting reminder that Leon Wilkeson is never too far away from them, even if it’s only in spirit.