Girls Cover Aerosmith’s “Dream On”—Guitarist Pulls Off Ridiculous Solo That Will Leave You In Awe! 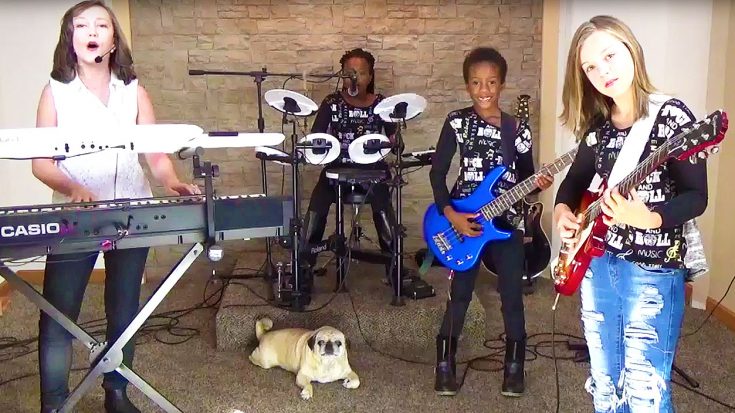 Aerosmith are one of the greatest bands of all time. This is partly because Steven Tyler has arguably one of the best vocals in rock history, their song writing is great and every single musician in the band is flourishing with talent! The band has inspired so many generations that have followed them, and this video proves that!

These four young girls, who refer to themselves as The Hennes, took on one of Aerosmith’s most powerful songs, “Dream On.” Let me tell you…In order to flawlessly play this song, you have to dream big, which is exactly what they did and it paid off! They killed this song! they even added their own flair to it with the addition of a keyboard part!

Fun Fact: This was the first single Aerosmith released. Their manager had them share a house and concentrate on writing songs for their first album. Steven Tyler had been working on the song on and off for about six years, writing it in bits and pieces. He was able to complete it with the help of the rest of the band.

This song ended up being Aerosmith’s breakthrough hit! Hopefully it does the same for these 4 young ladies! Check them out, and show them some love!