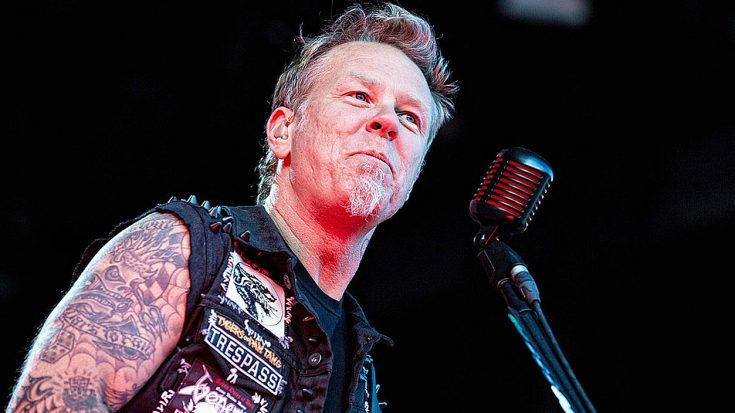 Looks Like The Bay Area Is No Longer Hetfield’s Home…

Fun fact about Metallica, they have always been quite proud to call San Fransisco their home. In fact, if you actually go back and watch some of their interviews from the Dave Mustaine days, you’ll something along the lines of “L.A. SUCKS! SAN FRAN RULES!”. So, since they had such distain for Los Angeles, they have made San Fransisco their home. Metallica frontman James Hetfield was no exception to this. For many years now, James Hetfield was proud to be a resident of San Fransisco even very famously playing the national anthem alongside Kirk Hammett at many San Fransisco sports games. However, it now seems as if that’s no longer the case.

In a recent interview with Joe Rogan, the Metallica frontman open up about his recent troubles that he’s been enduring from his neighbors as a result of his ‘political views’. Here’s some of what he had to say: ”

I kind of got sick of the Bay Area, the attitudes of the people there, a little bit. They talk about how diverse they are, and things like that, and it’s fine if you’re diverse like them. But showing up with a deer on the bumper doesn’t fly in Marin County. My form of eating organic doesn’t vibe with theirs. There was an elitist attitude there that if you weren’t their way politically, their way environmentally, all of that, that you were looked down upon. I love the ocean, and I love the Bay Area. I love what it’s got to offer, but there’s just an attitude that it was. It wasn’t healthy for me. I was starting to feel like I was just fighting all the time, and I just had to get out of my own head. So Colorado does it for me. We stay away from politics and from religion. That just seems to polarize people even more. We all have our own beliefs, but at the end of the day, we’re trying to connect with people and it seems like political views don’t do that as much as music does.”

What do you make of this whole situation? Do you think James Hetfield made the right choice by moving to Colorado? Let us know in the comments!

You can watch the whole interview down below.