Get A Glimpse Of The Backstage Area At A Guns N’ Roses Concert! 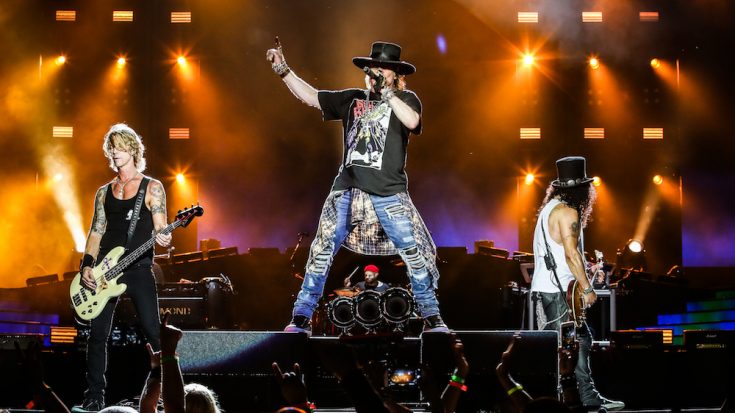 A Look Into What Goes On Behind The Scenes!

The now infamous Not In This Lifetime tour put on by the recently reunited Guns N’ Roses is probably the most talked about tour today with almost every show being reported on by almost every new outlet in the rock scene. Of course, the stuff that’s being reported on all pretty much have one thing in common, it’s stuff that you see ON stage, but what about the stuff OFF stage? There’s really not a whole lot. Luckily, we’ve got that covered!

What you’re about to see is a small, yet illuminating clip of what goes on in behind the scenes at a Guns N’ Roses concert. It shows the setup, the backstage area, and how everything is planned out. As you’ll see from this clip, putting on a concert for Guns N’ Roses is quite a chore, but absolutely worth all the effort. The production value involved is absolutely stellar! Never take a road crew for granted!