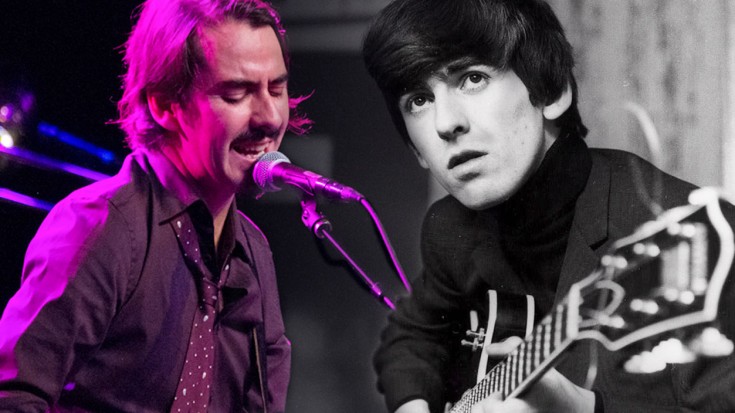 Dhani Lets It Roll With His Dad’s Classic!

I don’t know what’s better – the fact that George Harrison left behind such a massive musical legacy, or the fact that his son Dhani is doing such a phenomenal job of continuing where his father left off! In 2014, Dhani was joined by the Cabin Down Below band to perform in George’s honor at George Fest; the group performed several hits from George’s album All Things Must Pass and judging by the crowd response, they did a great job!

‘Ballad Of Sir Frankie Crisp’ was inspired by the English lawyer and gardening enthusiast, Sir Frank Crisp (1843-1919), who was the original owner of Friar Park, which Harrison purchased in 1970.

Dhani’s been taking over the club circuit in Los Angeles, working with some of the biggest names in music; his backing band even features members of The Killers and Jane’s Addiction!

While he loves carrying his father’s torch and preserving the massive musical legacy left behind, it’s clear that Dhani doesn’t want to step into shoes too big to fill; he has a career of his own and is going to do some really, really great things with that Harrison talent of his!

Let it roll down through the caves
Ye long walks of Coole and Shades
Through ye woode, here may ye rest awhile
Handkerchiefs to match your tie
Let it roll