George Harrison’s Son Hits The Studio, Is Absolutely Floored By What He Discovers About His Dad’s Past 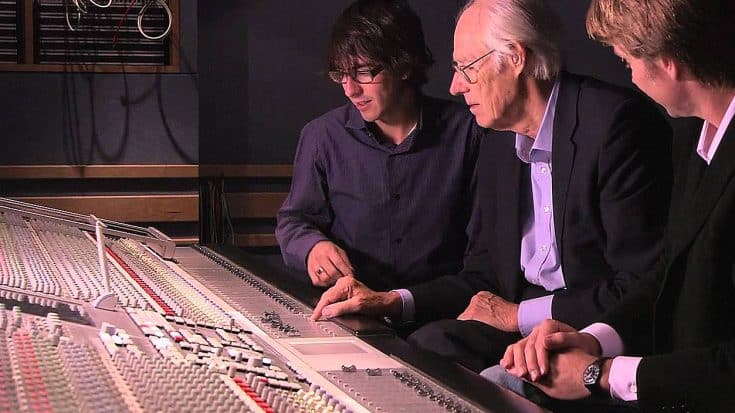 George Still Surprises Son After All These Years

When George Harrison died in 2001, the void he left in the music world was surpassed only by the void he left within his family and friends, especially his son Dhani. Shortly after his father’s death, his son Dhani went into the studio with The Beatles’ producer and friend George Martin and unearthed a fantastic discovery: the lost guitar solo from 1969’s “Here Comes The Sun”.

Written while on holiday at Eric Clapton’s home, “Here Comes The Sun” is an acoustic, upbeat song written and sung by George that always felt like it was missing something, though we never quite knew what.

Fun Fact: The solo you’re hearing was never used in “Here Comes The Sun”‘s final cut, and Dhani never even knew of its existence until now.

As it turns out, that “missing” link was a solo that George recorded but ultimately never made it onto the song’s final cut, as George “never thought he was any good” at guitar, according to Dhani.

What a fantastic “hello” from father to son at a time when Dhani probably needed it most! This lost solo just reaffirms everything we knew about the incredible talent George Harrison possessed, despite his own misgivings about how well he played the guitar.